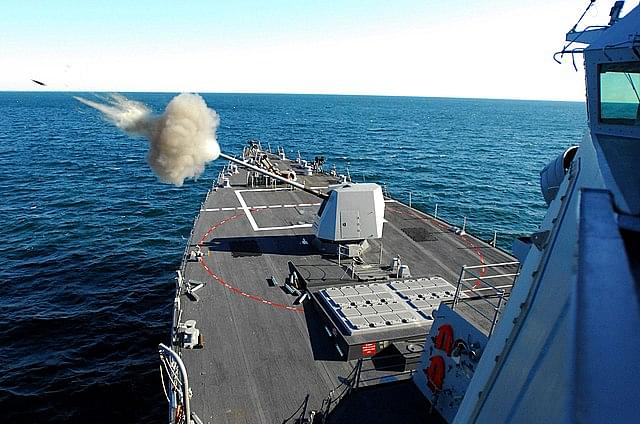 The US Navy is set to supply three '127 medium caliber guns from its own inventory for urgent deployment on Indian Navy warships as part of a Rs 3,800 crore deal, reports Times of India .

Earlier, India had issued a Letter of Request to procure 11 '127 medium caliber guns' for Indian Navy's large-sized warships including the Vishakhapatnam-class destroyers of the Indian Navy.

These medium caliber guns are believed to be an upgrade on the existing weapons of the similar class in the Indian Navy.

The development comes amid an ongoing stand-off between India and China at the Line of Actual Control (LAC) in eastern Ladakh.

The defence partnership between India and the US has reached new heights in recent times and the gun deal is a testament to the same. India has also replaced the majority of the Russian weapons along with the surveillance planes in the force with the P-8I aircraft.

Moreover, the MH-60 Romeos will substitute the SeaKing choppers. Indian Navy has also leased American Predator drones from US firm General Atomics too.