Indian Navy To Increase Its Power In Indian Ocean; Seeks Access To French Djibouti Base For Operations 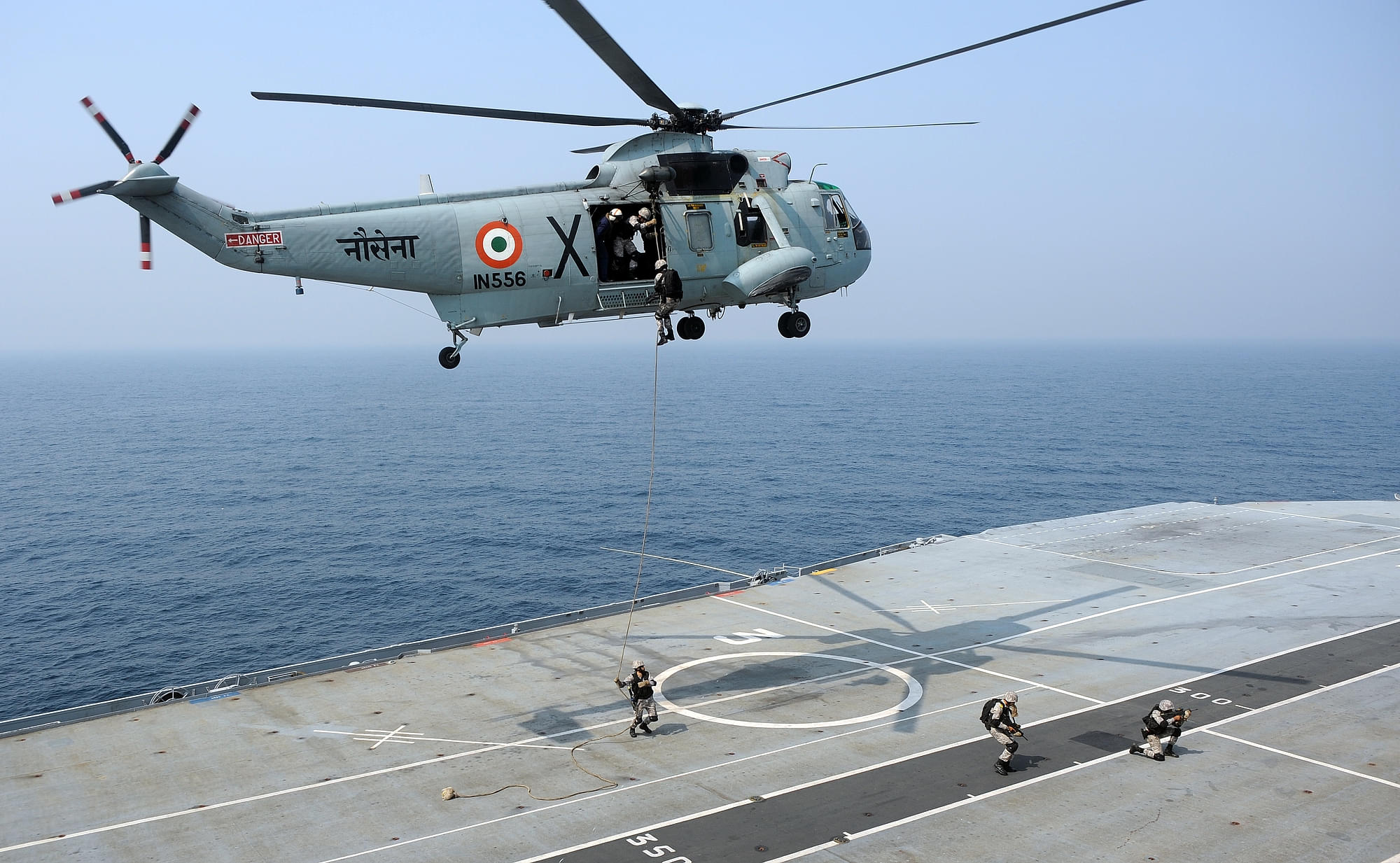 Seeking more leverage out of the Mutual Logistics Support Agreement (MLSA) with France, Indian Navy has sought access to the French Naval Base in Djibouti for refuelling and operational turnaround access, reports The Hindu.

“We already have access to French base in Reunion Island for refuelling. The discussions are on to use their base in Djibouti” said a defence source.

India, to fortify its interests and ambitions across the Indian Ocean Region (IOR) and Indo-Pacific, also signed the Logistics Exchange Memorandum of Agreement (LEMOA) with the US, India is seeking similar agreements with five more countries.

India is also all set to undertake a joint naval exercise with France named ‘Varuna’, next month. As part of Navy’s foreign cooperation initiative, Varuna is expected to play a huge role with the aircraft carriers of both the countries taking part.

The pilots of MiG-29Ks on board INS Vikramaditya and their counterparts of the naval Rafales on board Charles De Gaulle are expected to have interactions over diverse courses.

With the head of French Navvy submarine arm, ALFOST, expected to visit soon after the conclusion of the exercise, both the Navies are seeking to boost the inter-operability prospects. Mutual exchange of information and cooperation in space based maritime surveillance are expected to do rounds.

Rafale-M, the maritime variant of the Rafales, is in the contention of India’s procurement of 57 Naval aircraft in the pursuit of the expansion of its fleet. The indigenous INS Vikrant is in its final stages of building and is expected to begin by March 2020.