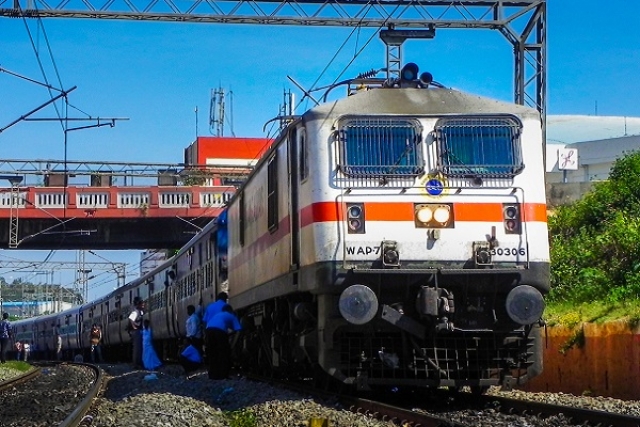 The All India Railwaymen’s Federation (AIRF) has threatened Indian Railways with its largest strike in 46 years if employees do not get paid productivity-linked bonuses, Mumbai Mirror has reported.

If the strike goes through, train services across the country may be halted for two hours on 22 October - the first time since 1974 when George Fernandes - the erstwhile leader of railwaymen's union had given a call for strike.

"If bonus is not declared by 21 October, we will be forced to repeat the history of 1974", general secretary of AIRF Shiv Gopal Mishra has been quoted as saying.

As per Mishra, railway employees have received bonuses every year since their demands were accepted in 1979.

The call for strike has been backed by the Central Railway’s National Railway Mazdoor Union (NRMU) which has warned that railway staff including essential workers will stop work for two hours on 22 October. It has set a deadline of 21 October for the railway authorities.

The unions claim that Railways has performed excellently in 2019-20 thanks to the effort of the staff, whose efforts the union claims are visible during the Covid-19 crisis.

The majority of the passenger train services remain suspended from 22 March due to the Covid-19 pandemic. Only select special train services are running between major stations. Various railway departments are operating with reduced employee strength in light of the pandemic.