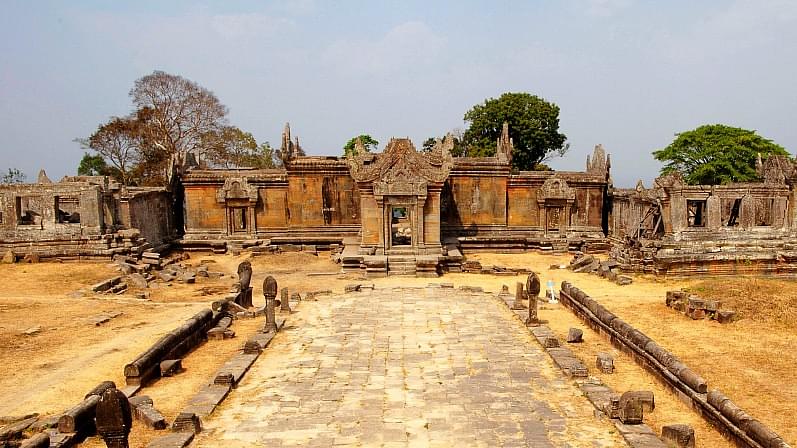 India has signed an MoU with Cambodia to help restore an eleventh-century temple in the South-East Asian country.

As reported by the Times of India, the temple of Preah Vihar is a world heritage site is composed of a series of sanctuaries linked by a system of pavements and staircases. Its history can be dated back to the ninth century when a hermitage was founded in the area.

The agreement was signed between External Affairs Minister Sushma Swaraj and her Cambodian counterpart Prak Sokhonn. The temple has been touted to be a fine example of Khmer architecture in terms of its plan and ornamentation.

Hon√Ę¬Ä¬ėble EAM @SushmaSwaraj and HE Prak Sokhon Cambodian Foreign Minister witness signing of 2 MOUs between India √į¬ü¬á¬ģ√į¬ü¬á¬≥ and Cambodia √į¬ü¬á¬į√į¬ü¬á¬≠ Agreements on Restoration and preservation of world heritage site of Shiva temple in Preah Vihear and on cooperation between FSI n NIDIR pic.twitter.com/HpFNa3phVo

India and Cambodia share a rich heritage due to the former‚Äôs Hindu and Buddhist roots. In 2000, Cambodia had supported India‚Äôs membership to the Security Council of United Nations.

Sushma Swaraj is on a two-nation tour in South East Asia to strengthen ties with countries in the region. During her visit, Sushma Swaraj will call on Prime Minister Hun Sen and President of the Senate Say Chhum. She will hold wide-ranging talks on bilateral and regional issues with her Cambodian counterpart. India‚Äôs outreach in the region is being seen as an attempt to counter Chinese influence in the region.