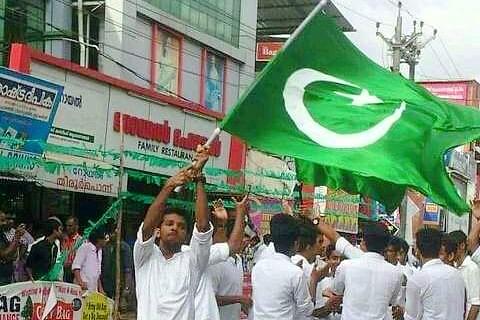 The Indian Union Muslim League (IUML) on Thursday (16 January) filed an application in the Supreme Court, seeking a stay on the operation of the Citizenship Amendment Act (CAA), which came into force on 10 January.

IUML, the first petitioner to move the Supreme Court against CAA, filed the intervention application in its writ petition against CAA, citing the Uttar Pradesh government's decision recommending to the Centre a total of 40,000 illegal migrants who can avail citizenship under this new law.

The application urged the apex court to "pass orders staying the operation of the notification dated 10 January, issued by the Union of India directing the coming into force of the provisions of the Citizenship Amendment Act, 2019 from 10 January till such time the present writ is pending before the court".

The application stated that if the operation law is not stayed, then the issue will become "fait accompli" as once citizenship is granted under this legislation, it cannot be taken away.

It also cited the pendency of the cases challenging the new law in the apex court.

"The operation of the Amendment Act, including such procedures under the Amendment Act for granting citizenship to illegal migrants be stayed until the matter is decided by the court," said the application.

In the separate application, the Kerala-based party sought clarity on the linkage between the National Register of Citizens and the National Population Register exercises are linked against the backdrop of conflicting statements issued by different ministers in the government on this issue. "Therefore the respondent Union of India must clarify their stand and halt any proceedings in relation to the said NRC and NPR process till the present writ is pending before this court," the application said.

On 18 December, 2019, the top court issued a notice to the Centre and sought its response by on nearly 60 pleas challenging the CAA's legality.

The hearing on the matter is slated on 22 January.