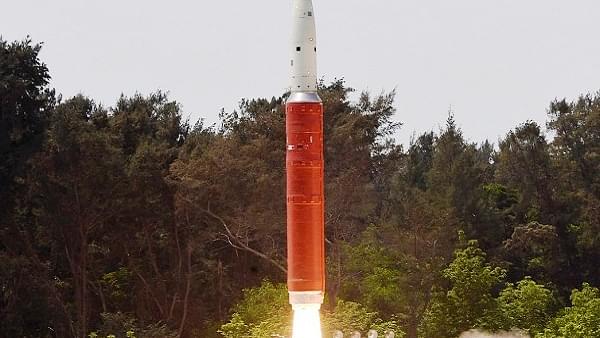 India’s successful anti-satellite (ASAT) weapon test - also known as Mission Shakti - has demonstrated that it has developed the technological capability to destroy enemy nuclear-tipped Inter-Continental Ballistic Missiles (ICBMs) at high altitude outside the atmosphere, according to the experts, Business Standard has reported.

An ICBM is a guided ballistic missile with a minimum range of 5,500 km and is primarily designed for nuclear weapons delivery.

According to the report, after the test, Defence Research and Development Organisation (DRDO) Chairman G Satheesh Reddy had said that the ASAT missile has technologies developed for ballistic missile defence applications, particularly the kill vehicle.

He also said that the ASAT missile used in the test “had the capability to intercept satellites higher than 1,000 km”.

"By destroying a target at that altitude (300 km), India has implicitly confirmed its ability to intercept longer-range missiles in their mid-course phase, when they are still outside the Earth's atmosphere before re-entry. This window is crucial to intercept a nuclear-armed medium-range or even intercontinental-range missile," the report quoted A Vinod Kumar, an associate fellow at the Institute for Defence Studies and Analyses, as saying.