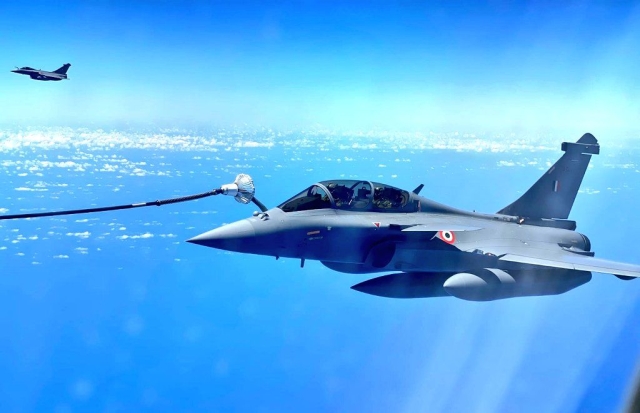 India's incoming Rafale fighter jets which are expected to land at the Ambala Air Force base at around 2 PM today (29 July), established contact with Indian Navy warship INS Kolkata situated in the Western Arabian Sea.

The fighter jets were just entering the Indian Ocean at the time of contact.

In the audio shared by ANI, the warship can be heard welcoming the fighter jets as they enter the Indian Ocean.

The Aero leader of the Rafale contingent then thanked the warship and said that, "Most reassuring to have an Indian warship guarding the sea".

The audio goes on as follows:

INS Kolkata: May you touch the sky with glory, happy landing.

Aero Leader Rafale: Wish you fair winds, happy hunting over and out

This contact was established between the two elite units of the Indian Armed Forces, soon after the Rafales took off from UAE for their destination in Ambala.