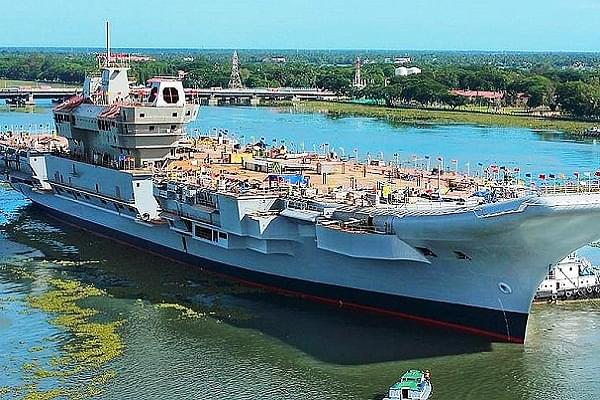 The much awaited trial to test the engines on board India’s first Indigenous Aircraft Carrier (IAC), INS Vikrant was successfully carried. This ship is being constructed at Kochi in Kerala and the next step will be basin trials, reports The Economic Times.

The project has been long-delayed and originally the ship was to be ready by 2018. However, now the ship is expected to be operational by 2022.

The warship weighs 37,500-tonne and may initially operate MiG 29K fighters but could also have indigenous combat aircrafts fly from its deck like the maritime version of the Light Combat Aircraft (LCA).

This is the largest warship to be constructed in an Indian yard and by testing its engines it now enters its final phase of construction.

Currently, India has only one operational aircraft carrier, INS Vikramaditya and it has MiG 29 twin engine fighters which is a key requirement of the Navy to ensure safety of the crew at sea. If one engine fails the plane could still land with the other engine providing required energy.

INS Vikrant will also have a Short Take off but Assisted Recovery (STOBAR) Carrier like INS Vikramaditya.