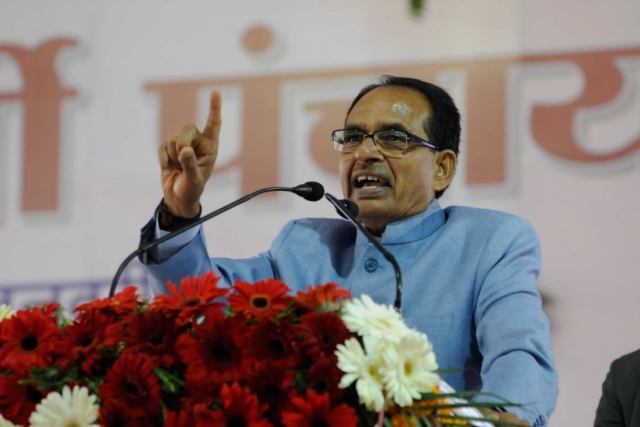 The Indore district administration on Thursday (2 April) invoked the National Security Act, 1980, against four persons accused of instigating residents of a locality to pelt stones and chase away health workers on Wednesday.

A tough-sounding tweet from Madhya Pradesh Chief minister Shivraj Singh Chouhan and the threat of invoking the National Security Act (NSA) against Md Mustafa, Md Gulrez, Shoaib and Majeed who were arrested on Thursday for pelting stones on health workers in Indore's Tatpatti Bakhal area on Wednesday may have sent the desired message to anti-social elements.

The chief minister tweeted to say, "the human rights are for humans." Troublemakers will be dealt with firmly. "This is not just a tweet. It is a warning", Chouhan said.

"All my doctors, nurses, paramedical staff, ANM, ASHA workers, Anganwadi workers and urban body workers fighting the war against COVID-19, you continue your fight against Corona, your complete security. The responsibility is mine! I bow to your devotion," he said.

But the new DIG Deputy Inspector General of Police (DIG) Harinarayanchari Mishra tried to clear the perception about a communal angle to the action. He said, "Based on the video footage, seven people responsible for the incident have been arrested after identification." Such elements can not be allowed to provoke innocent people for violence.

The DIG said that patients of the corona virus who are found in the city, their relatives and the people in contact with them are being searched by the Health Department by intensive campaign and they are being separated as a precaution so that the spread of this disease can be stopped.

Collector and District Magistrate Indore, Manish Singh has issued orders to send the four persons to jail under sub-section two of Section 3 of the National Security Act 1980. Singh has ordered the detained convicts to be kept in the Central Jail, Rewa.

"Rumours were spread against this campaign on social media before the stone pelting incident on the health workers. The message was against the anti-social elements and not a particular community, as was being made out in the media," the police said.

The government's claims about participants in the Tablighi Markaz in Delhi were proved wrong. While the government claimed 107 persons who had participated have been found to have to come back to Madhya Pradesh. Police sources said the figures have been grossly inflated and none of them have been able to return to the state after the restrictions were enforced. All of them have stayed put in Delhi and have been quarantined. The reports about 36 persons having returned to Bhopal were wrong. The claim was made before the chief minister in a meeting.

Meanwhile the former health minister of the state Tulsiram Silawat who has resigned to join the BJP after the fall of the Congress government met Chouhan to suggest ways to deal with the situation. Tulsiram also is potential candidate for Indore assembly seat during the upcoming by elections.