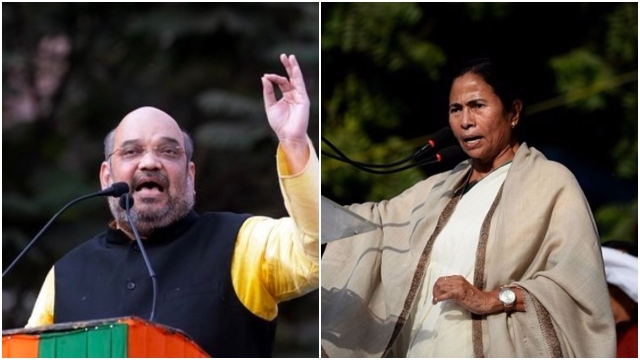 Union Minister for Home Affairs Amit Shah has in a letter expressed disgruntlement to West Bengal Chief Minister (CM) Mamata Banerjee over the State Government stonewalling the efforts by the Union Government to facilitate transportation of migrant labourers back to their homes, reports Asian News International (ANI).

In his letter to CM Banerjee, Shah underscored that the Centre has facilitated the return of more than two lakh migrant labourers to their home States. He stressed that migrants from West Bengal are also eager to return to their homes and that Centre is up to facilitate the same, however, has not been receiving the expected support from the State Government.

Shah categorically pointed out that the State government is not allowing trains to enter. Calling it “injustice with migrant labourers” hailing from West Bengal, Shah stressed that this would create further hardships for them.

Bharatiya Janata Party (BJP) state secretary Dilip Ghosh said that this is the responsibility of the West Bengal government to take the necessary initiatives to bring back all migrant workers from other states.

"It is not possible for the Centre to know how many migrant workers from Bengal are settled in other states. The Mamata Banerjee administration has not appealed for any special train to the Centre while other states like Uttar Pradesh has already written communications to the Centre for giving them special trains," Ghosh said, adding that the Trinaool Congress-led state government is only busy fighting with the Centre.

Senior Communist Party of India-Marxist (CPI-M) leader Sujan Chakrbaorty said that migrant workers from Bengal are the worst sufferers. "When both the governments - Centre and state - are at loggerhead in the time of Covid-19 pandemic these poor migrants labourers are at the receiving end now," said Chakraborty.

Earlier, Ministry of Home Affair's Inter-Ministerial Central Team (ICMT) had also complained that the State Government had attempted to block it's efforts in the State. The team had then called for greater transparency and pointed out the under-reporting of COVID-19 deaths by the panels formed by West Bengal. this led to a revision of the death toll in the State.