International Solar Alliance Led By India Will Be OPEC Of The Future, Says PM Modi 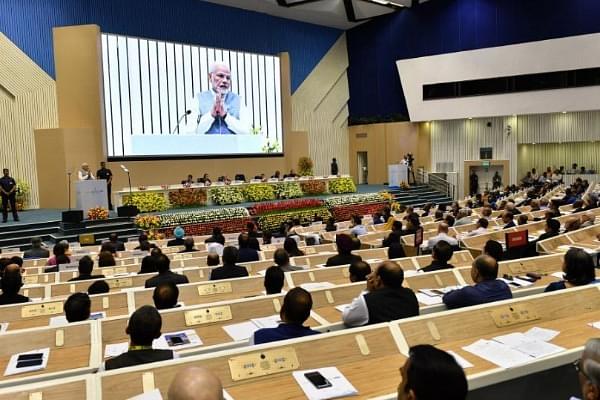 Prime Minister Narendra Modi said that the International Solar Alliance (ISA) will perform a role similar to that of Organisation for Petroleum Exporting Countries (OPEC) in the future, Economic Times has reported.

ISA is an international treaty-based organisation started under the leadership of India. Members of ISA include many developing nations lying between the Tropic of Cancer and the Tropic of Capricorn.

“Renewable energy deployment plans for the next four years are likely to generate business prospects of the order of $70-80 billion. It offers tremendous opportunity to the businesses to leapfrog technologies and create volumes by investing in projects, manufacturing, energy storage and support to startups,” PM Modi said

During the event, the Prime Minister said that India was becoming the top destination for solar energy investment. Further, he added that the country was aiming to get 40 per cent of its energy requirements from renewable energy sources.

United Nations General Secretary Antonio Guterres, while speaking at the energy summit Re-Invest said that climate change was an existential threat to the world and political commitment was required to deal with it.