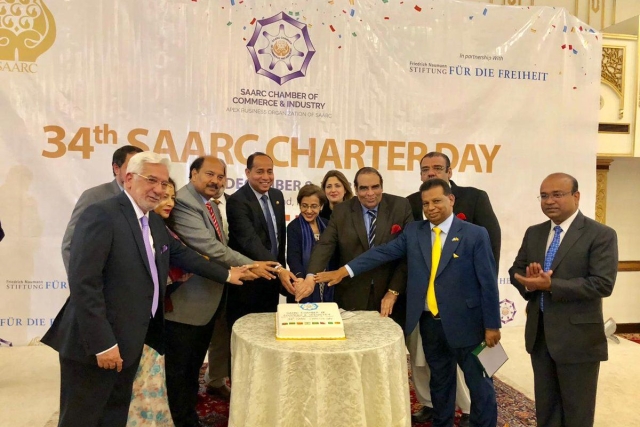 Indian Diplomat Shubham Singh walked out of the SAARC meeting over the presence of Pakistan occupied Kashmir (PoK) MinisterChaudhary Muhammad Saeed, as reported by The Tribune.

As per the Instrument of Accession signed in 1948, Kashmir as an integral part of India and the Pakistani occupation of certain areas is illegal.

In 2016, India had pulled out from the 19th SAARC summit over the terrorist attack on an Indian Army camp in Uri. Showing solidarity with India, Bangladesh, Bhutan and Afghanistan had also refused to attend, and the summit had to be called off.

Recently in September, Pakistani Prime Minister Imran Khan had approached Prime Minister Narendra Modi and suggested that both country’s Foreign Minister should meet in New York to initiate the dialogue. However, Khan’s request was in sharp contrast to the gruesome killing of policemen in Jammu and Kashmir and the issue of Pakistani postage stamps which carried the photograph of Kashmiri terrorist Burhan Wani and glorified him as a martyr.