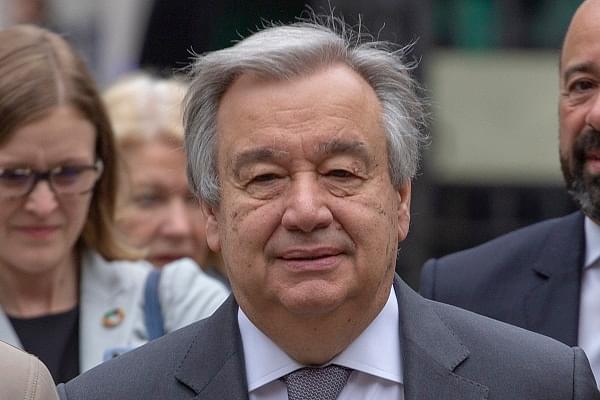 The United Nations (UN) Secretary General Antonio Guterres on Thursday (8 August) called for “maximum restraint” by all sides on the Kashmir issue while invoking the Shimla Agreement of 1972 for the peaceful resolution of the matter in accordance with the UN Charter, reports Hindustan Times.

According to the report, reference to the Shimla agreement is a rebuff in a way to Pakistan’s attempts to seek UN intervention on the matter as the 1972 pact provides the framework for resolving the dispute bilaterally.

“The Secretary-General has been following the situation in Jammu and Kashmir with concern and makes an appeal for maximum restraint,” a spokesperson for Gutteres said in a statement.

The spokesperson added that the position of the United Nations on this region is governed by the world body’s Charter and applicable Security Council resolutions.

“The Secretary-General also recalls the 1972 Agreement on bilateral relations between India and Pakistan, also known as the Shimla Agreement, which states that the final status of Jammu and Kashmir is to be settled by peaceful means, in accordance with the Charter of the United Nations,” said the spokesperson.