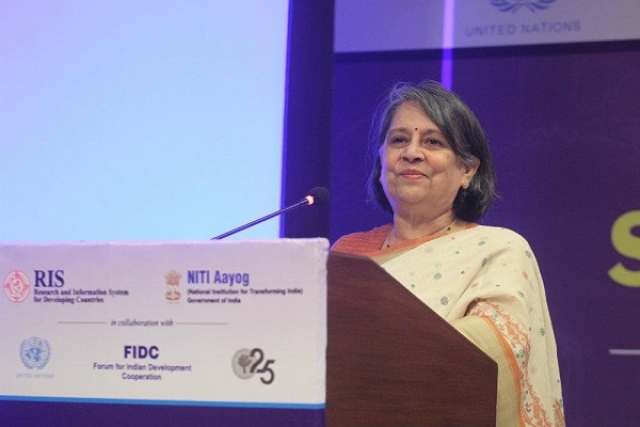 In a first for the INX Media case, a civil servant, former NITI Aayog CEO Sindhushree Khullar will face prosecution, as the central government has granted sanction to the CBI to proceed against him, reports The New Indian Express.

The central agency had also sought government sanction for four other bureaucrats, but a green light has only been given for Khullar, who was serving as additional secretary in the Finance Ministry when it was under P Chidambaram and the alleged irregularities took place between 2007 and 2008.

The INX Media case relates to allegations of Foreign Investment Promotion Board (FIBP) clearance being granted to firms under the orders of P Chidambaram who is accused of seeking illegal gratification in return. The former finance minister is currently lodged in Tihar Jail in Delhi.

The Congress camp has hit back after this development, questioning the government’s rationale for not giving sanction to prosecute other officers who were part of the panel which recommended FIBP clearance.