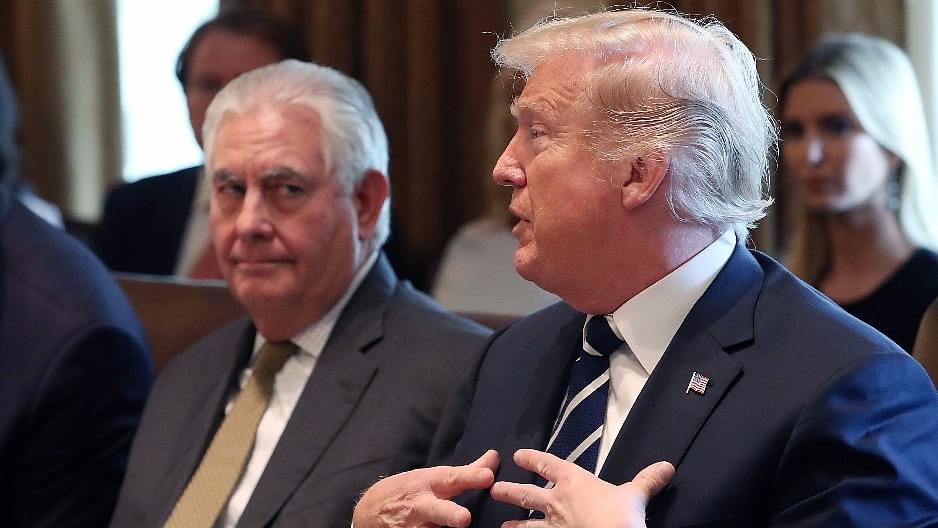 US Secretary of State Rex Tillerson(L) with US President Donald Trump. (Mark Wilson via Getty Images)

As the Trump administration nears it’s one year anniversary, the United States Secretary of State, Rex Tillerson looks set to leave the office, as reported by the Wall Street Journal .

The US Secretary of State is tasked with carrying out the US President’s foreign policy through the State Department, and is one of the most important posts in the US administration as it directly affects American foreign policy.

Tillerson, the former Exxon chief executive, was appointed by the US President Donald Trump amid heated dispute about the foreign policy being affected by his oil interests. However, he has seemingly failed to mesh with the President which might lead to him being replaced by current CIA head, Mike Pompeo.

However, Tillerson has been credited with a successful Indo-Pacific strategy in Asia which was received well by the White House. Tillerson had visited India In October, and had commended India’s role towards the stability in the region against the backdrop of the “less-responsible” rise of China. Tillerson had expressed confidence in the shared vision between India and the US and chastised China and Pakistan.

As Tillerson, exits the new guy for the job might be Mike Pampeo, an ex-soldier who is viewed by many as being anti-Muslim. This follows his comments on the Muslim community response after the Boston bombing which he had deemed inadequate. He has targeted Pakistan earlier saying that a Canadian American family that was rescued after 5 years of being hostage, was kept in Pakistan and not Afghanistan as claimed by Pakistani intelligence.