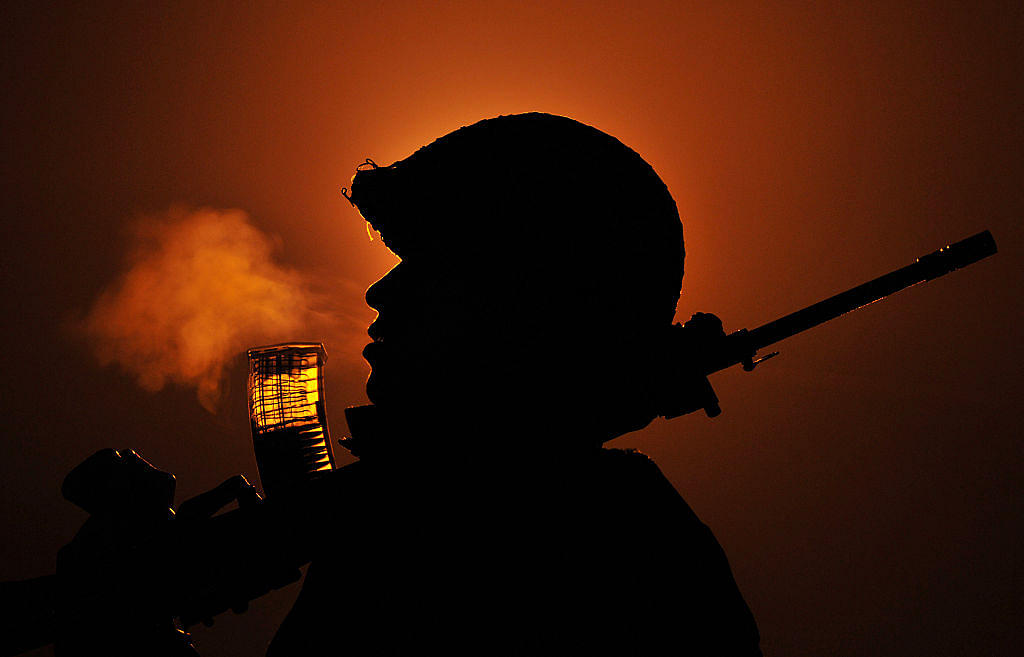 Desperate to disrupt New Delhi's development initiatives in the Valley, Pakistan-based terror outfits now plan more killings of "non-residents and non-locals", particularly in south Kashmir. Top intelligence sources in Srinagar revealed that the new objective of Islamabad is to defeat the very purpose of scrapping Article 370, by driving a deep wedge between "non-Kashmiris" and Kashmiris, and finally upsetting entry of Indians into the Union Territory (UT).

Several phone intercepts of terrorists from near the Line of Control (LoC) in the past one month, has exposed Pakistan's sinister plan to derail peace process in the newly carved-out UT of Jammu and Kashmir. The sinister plan, reports say, has the backing of the top heads in the Pakistan Army and its intelligence wing, the Inter-Services Intelligence (ISI).

The new pattern emerging from the recent killings of non-Kashmiris in the Valley, executed at the behest of the ISI, pose a serious threat to more than 20,000 migrant labourers and skilled workers settled in south Kashmir. "The sinister design reminds of the ethnic cleansing of Kashmiri Pandits in early 1990s, when ISI-backed outfits targeted Pandits in the Valley resulting in the mass exodus of one community," said a senior IPS officer of the J&K Police.

Intelligence sources assessed that more than 500 armed militants, which includes over 200 trained Pakistani terrorists, are hiding in Kashmir. These terrorists, now handled by foreign commanders, are concentrating more in the four districts of Shopian, Kulgam, Pulwama and Anantnag, the nerve centre of terror activities in south Kashmir.

"It is the recent shift in ISI's strategy where in the local commanders hitherto active in the Valley, are being replaced by foreign (Pakistani) commanders who have infiltrated from across the border. The Pakistani commanders are more reliable for the ISI handlers and more ruthless than the local ones," said a member of the Local Intelligence Network of the Srinagar police.

Even as New Delhi prepares for the much-awaited swearing in ceremony of its first Lt Governor of the new Union Territory of Jammu and Kashmir on October 31, the focus of police headquarters and the Secretariat remains on the emerging pattern of selective killings of non-residents in south Kashmir.

In a late night meeting at the police headquarters, it was decided to enhance combing operations in Shopian, Pulwana and Kulgam, the terror-affected districts where Pakistani commanders have taken refuge.

"We have no option, but to trace them out and kill them (Pakistani commanders). We have to do it fast before it (killing of non-residents) becomes a pattern and spreads (across the Valley)," said an Additional SP rank officer of the J&K Police.

Sources said that a hunt has also been launched for Riyaz Naikoo, the new poster boy of terror in the Valley. A former truck driver, Naikoo, a Hizbul Mujahideen commander now sitting in the lap of the Jaish-e-Mohammed, is believed to have been spotted in south Kashmir. Earlier, intelligence inputs, based on mobile phone intercepts, have suggested his location in Pakistan-occupied Kashmir.

Naikoo, also suspected of playing a key role in the transportation of over three dozen Jaish and Lashkar cadres to the Valley, had recently warned that in case "something big happens", his men would start targeting non-Kashmiri civilians.

"The non-locals who are in Kashmir will become our legitimate targets," Naikoo had said in an audio message which was spread on the internet.

Sources said that after re-activation of mobile phones in the Valley, the police has started getting new inputs on terror networks as informers are back in the system. The intercepts and phone surveillance, a modern day tool for an effective manhunt, has also been re-activated. In days to come, police hopes that there would be more elimination of terrorists, based on such specific technical and human intelligence inputs.