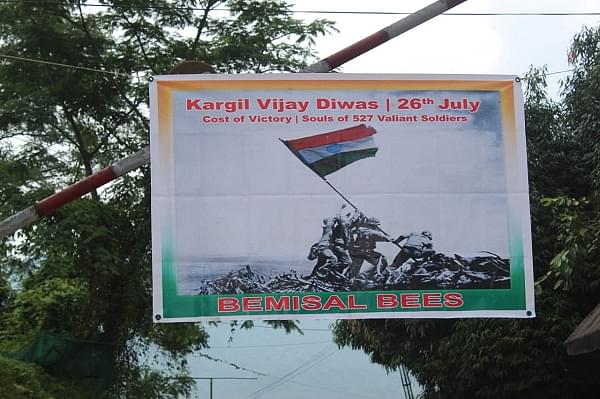 A poster for the Vijay Diwas celebrations (@ITBP_official/Twitter)

The eight-day celebrations will end on 27 July, and during this period the ITBP will organise blood donation camps, sports events, awareness lectures, medical camps, excursion tours for the children, photo gallery and other such events.

Vijay Diwas celebrations by the paramilitary force will primarily focus on the border population and villages of Jammu and Kashmir, Himachal Pradesh, Uttarakhand, Sikkim and Arunachal Pradesh.

Moreover, ITBP will also hold special screenings of Kargil related movies and other short movies with Kargil heroes and protagonists will also be showcased in Himalayan border villages. A five kilometer-long marathon will also be conducted as part of the Vijay Diwas.