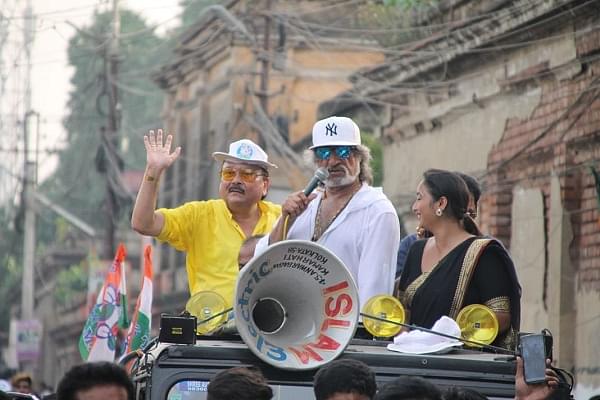 Chants of Madan Mitra Go Back too were heard during the road show in which Mitra was accompanied by actor Shakti Kapoor.

The incident happened on Wednesday (8 May) when Mitra was taking part in a road show at Bhatpara, from where he is contesting the assembly by-polls on 19 May.

In the video, the local populace can be clearly heard chanting Jai Shri Ram and pro-Modi slogans while Mitra’s cavalcade passes through. Some saffron flags are also visible in the background.

The chants of Jai Shri Ram have assumed significance after three locals were recently detained for chanting the holy slogan while Mamata Banerjee’s convoy passed through.

After hearing the chants, Mamata decided to get down from her car and confront the villagers before terming the chant as abusive.