Jailed Gangster Mukhtar Ansari's Wife Says She Fears For His Life During Transfer From Punjab To UP, Writes To President 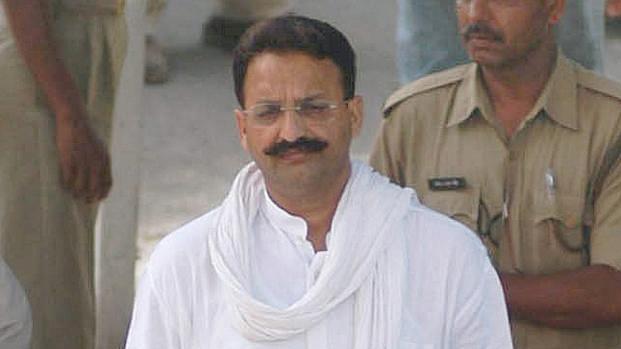 Wife of jailed mafia don-turned politician Mukhtar Ansari has written to the President Ram Nath Kovind urging him to intervene and ensure adequate security and safety of her husband.

Afsha Ansari said that she fears a threat to the life of her husband Mukhtar, while he is shifted to Uttar Pradesh from Punjab on the orders of the Supreme Court.

In a 14-page letter sent to Kovind on Wednesday (1 April, Afsha claimed her husband could be killed in an encounter by planting some false stories if the UP police officials are allowed to bring Mukhtar from Punjab without making them accountable for his safety.

Referring to the recent killing of the sharpshooter Girdhari in an encounter in Lucknow and killing of Munna Bajrangi, a co-accused with Mukhtar in the murder of BJP MLA Krishnanand Rai, in Baghpat jail in 2018, she demanded personnel of central paramilitary forces be asked to accompany the UP police team during the transit.

She further alleged that jailed mafia dons like MLC Brijesh Singh, his nephew and MLA Sushil Singh and Tribhuvan Singh are also conspiring to kill Mukhtar.

She stated that five attempts have been made to eliminate Mukhtar in the past 16 years.

"BJP MLA Alka Rai and some of the Mukhtar's political opponents have been stepping up pressure on the state government because of which some senior officials can hatch a plot to kill my husband," she said.

Ansari's wife also stated that several properties of her family have been destroyed and the career of her son, a national-level shooter, has been spoiled by booking him in false cases.