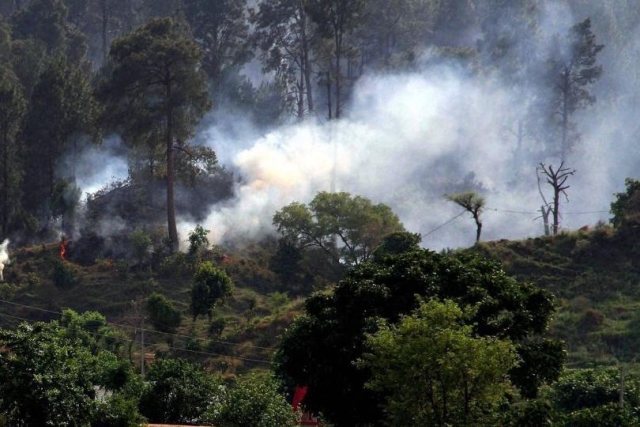 Two civilians were injured on Wednesday (15 April) in Pakistan shelling on the line of control (LoC) in Jammu and Kashmir's Rajouri district.

Police sources said Pakistan resorted to unprovoked and indiscriminate firing and shelling on the LoC in Manjakote sector of Rajouri district.

"They used automatics and shelling by mortars to target defence and civilian facilities in Manjakote area. Two civilians including a girl have been injured in this shelling while three houses have been damaged.

"The injured have been evacuated to hospital for treatment", police said.

Reports from the area said Indian positions have retaliated and firing exchanges between the two sides are going on.

Earlier on 12 April, three people including an eight-year-old boy and a woman were killed when Pakistani troops shelled several civilian areas in Kupwara district of J&K, reports Hindustan Times.

The Indian Army responded to the ceasefire violations by targeting terror launch pads and ammunition dumps on the Pakistani side.