Jammu And Kashmir’s ‘Relationship’ With India Will End If Article 370 Is Abrogated: Mehbooba Mufti 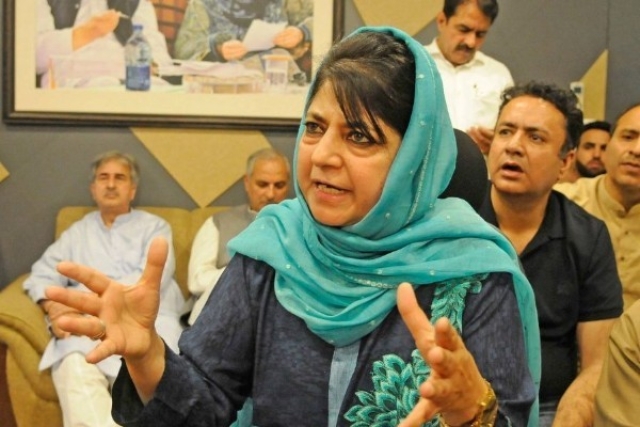 While announcing her party’s decision to boycott Jammu and Kashmir local body polls, former chief minister of the state, Mehbooba Mufti, has said that her state’s relationship with India would cease if Article 370 were to be scrapped, The New Indian Express has reported. She has also linked Article 35-A closely with the sustenance of the state’s ‘relationship’ with India.

Earlier in the month, the National Conference had also announced that it would boycott urban and rural body polls in the state till the Centre clarified its stance on Article 35-A. The PDP chief urged the governor to initiate confidence-building measures to assure the people of Jammu and Kashmir that the constitutional guarantees to the state will remain.

"When we were in power, we had told the PM that if Article 35-A was diluted on the pretext of women's right or refugees, we will withdraw from the government. For the last 70 years, the people are sacrificing their lives to get more rights. If this right is also snatched, it will not be tolerated," she said.

The Hizbul Mujahideen, in a warning to those who plan to participate in urban body and panchayat polls, said, “Those people who are thinking about participating in the polls... They along with election forms should also get shrouds.’ The threat, in the form of an audio message, featured operational commander Riyaz Naikoo.