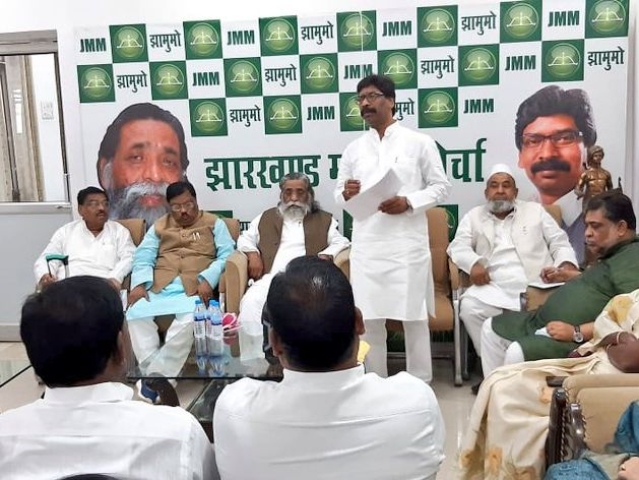 The Jharkhand Mukti Morcha's (JMM) action of asking for Rs 51,000 from those seeking party tickets has invited a sharp reaction from the ruling BJP in the state.

The JMM had issued letters to its district presidents in Jharkhand to ask for Rs 51,000 from those who want to become party candidates in the assembly elections. As per the letter, the interested candidates should deposit Rs 51,000 along with the application form.

After the circulation of the letter, a party leader said that it is getting a good response from people interested in a party ticket. JMM sources said that the party is raising funds for the Assembly polls.

"We cannot match BJP in funding. The BJP is getting funds from big industrialists. JMM is a party of poor people," said Vinod Pandey, a JMM leader.

The BJP has, however, reacted sharply to the JMM's decision.

"JMM has exposed itself. It talks of the welfare of the tribal and indigenous people but the party demands Rs 51,000 from interested candidates. It has exposed its real face. JMM president fought for the rights of the tribals and indigenous people for last 50 years and the same party is now making such a demand," said BJP spokesperson Pratul Sahdeo.

Jharkhand is going to the polls in five phases from 30 November. The notification for the first phase was issued by the Election Commission on Wednesday (6 November).