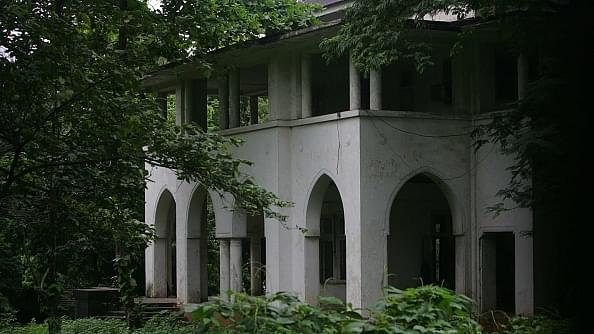 The Jinnah House in Mumbai. (Photo by Ritesh Uttamchandani/Hindustan Times via Getty Images)

Amidst the ongoing India-Pakistan tussle for laying claim to the South Court building in Mumbai, known informally as Jinnah House as it served as Muhammad Ali Jinnah’s main residence before partition, the Ministry of External Affairs today (21 December) reiterated its stance that Pakistan can claim no locus standi vis-à-vis the property, reports Times of India.

MEA spokesperson Raveesh Kumar stated that,"Pakistan has no locus standi as far as this property is concerned. It is a government of India property and we are in the process of renovating it and using it the way we use Hyderabad House in Delhi."

He added that Pakistan wasn’t in the picture in the matter and that India’s stand on the building was unequivocal.

The government is currently working to renovate Jinnah House, despite protests by Pakistan that the building should be under its control.

Earlier today, Pakistan had called for the house to be handed over to it so that it can be used to accommodate staff from the Pakistani consulate.

The property is currently also the subject of a court battle, with Jinnah’s daughter Dina Wadia having filed a case before the Bombay High Court in August 2007 seeking possession of the property. After she passed away, her son Nusli Neville Wadia took up the case.