J&K: After Munna Lahori, Security Forces Gun Down Another Top JeM Commander In An Encounter In Anantnag District 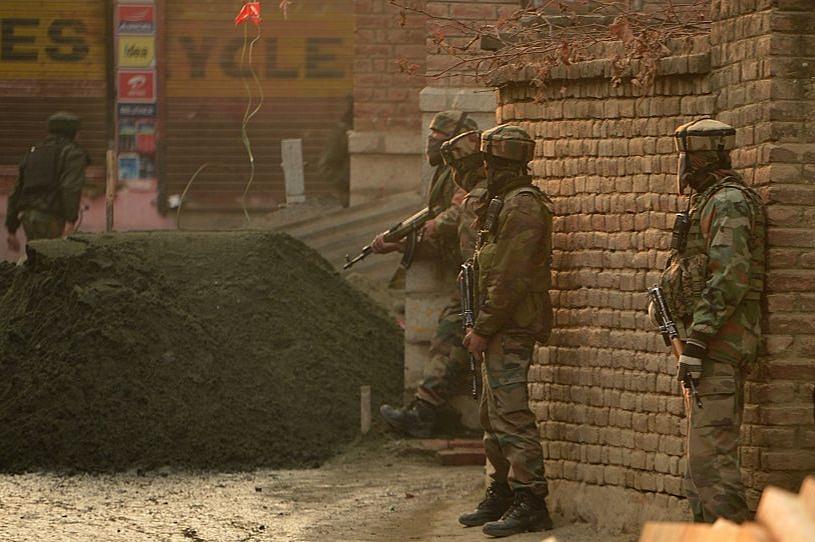 Indian army soldiers stands alert as a Kashmir boy looks on outside a house during search operations in Srinagar.(Representative Image) (TAUSEEF MUSTAFA/AFP/Getty Images)

Days after gunning down a senior Jaish-e-Mohammad (JeM) commander Munna Lahori, the security forces on Tuesday (30 July) killed another top commander of the JeM Fayaz Panzoo along with his associate in an encounter in the Anantnag district of Jammu and Kashmir, reports Asian News International (ANI).

Panzoo was involved in the attack on the Central Reserve Police Force (CRPF) on 12 June, which killed five jawans. In the attack, Jammu and Kashmir police’s Station House Officer (SHO) Arshad Khan was grievously injured and later succumbed to his injuries.

"Another top Commander of Jaish Fayaz Panzoo killed along with his associate. He was involved in the attack on CRPF at Anantnag town on 12 June this year, in which 5 CRPF Personnel were killed and SHO Arshad Khan was seriously injured who later succumbed to injuries," the J&K police said on Twitter.

The development comes after the National Investigation Agency (NIA) on Monday (29 July) arrested a JeM terrorist in a case related to a conspiracy by the Pakistan-based terror outfit's leadership to widen its reach to carry out attacks in India.

Earlier on Saturday (27 July), the security forces had gunned down JeM’s senior commander Munna Lahori in Shopian district of J&K. Hailing from Pakistan, Lahori was the main perpetrator behind the partial car blast attack which took place on 30 March in the Banihal district of the J&K.