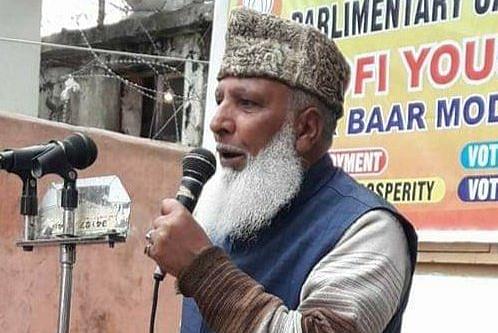 The sixty-year old Mir, who was popular in the area as 'Atal', was pumped with bullets in chest and abdomen by suspected terrorists.

Giving details, the police said three terrorists came to his house in Nowgam Verinag area and asked for the keys for his car. While driving the vehicle away, they fired bullets on Mir, the police said. After the incident Mir was rushed to a hospital, where he succumbed to his wounds.

The attack was condemned by the Jammu and Kashmir unit of BJP, which demanded strict action against “ill elements who are spoiling peace in valley and killing innocent people".

The leaders of the National Conference (NC) and People Democratic Party (PDP) also condemned the attack and death of the BJP office bearer.

“Ghulam Mohd Mir, office bearer of the BJP in South Kashmir has been shot & killed in Nowgam, Verinag. I condemn this dastardly act of violence & pray for the soul of the departed,” NC’s Omar Abdullah said in a tweet.

Ghulam Mohd Mir, office bearer of the BJP in South Kashmir has been shot & killed in Nowgam, Verinag. I condemn this dastardly act of violence & pray for the soul of the departed, Allah Jannat naseeb karey.

Mir has reportedly contested the Assembly elections from Doru in Jammu and Kashmir in 2008 and 2014 but did not win.