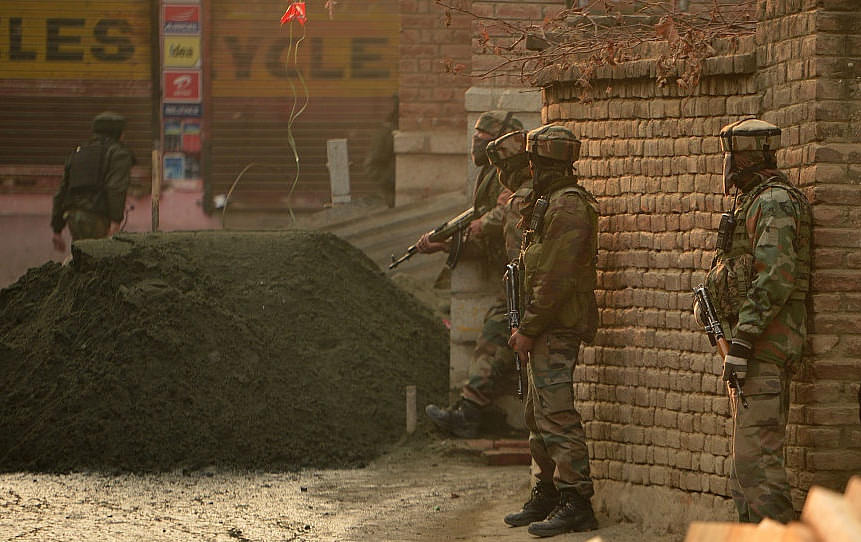 In another success for its continued pursuit to uproot the terrorist networks operating in the Kashmir Valley, the security forces in Jammu and Kashmir (J&K) yesterday (11 August) arrested a Hizbul Mujahideen terrorist identified as Parvaiz Ahmad Bhat along with four of his associates in North Kashmir's Kupwara district, reports Times of India.

The security apparatus had received information regarding cross-border smuggling of weaponry and war-like stores by terrorist associates, and their further delivery to active terrorists. Upon reception of the intel, a joint team of Kupwara Police, Central Reserve Police Force (CRPF)'s 162 Battalion, and Indian Army's 28 Rajputana Rifles launched a search operation.

The operation led to the seizure of incriminating material, and arms and ammunition including a pistol, 60 AK rounds, two pistol magazines, 12 pistol rounds, and a pouch from the four terrorist associates.

Meanwhile, in addition to the above seizures, the security forces also seized incriminating materials, an AK-47 rifle and a Chinese pistol with magazines from Bhat.

This gains further significance as it comes merely days ahead of the Independence Day celebrations.