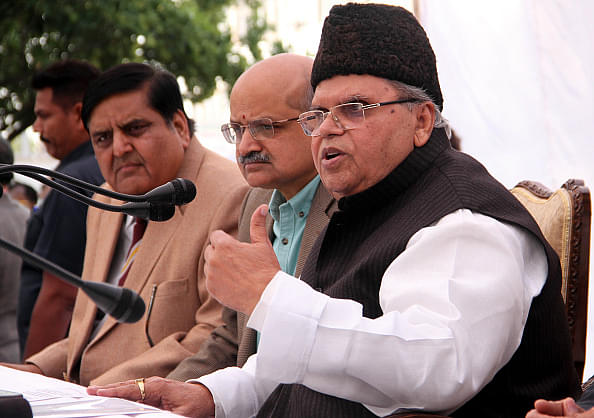 After facing criticism for his decision to dissolve the state assembly, Jammu & Kashmir Governor Satya Pal Malik has defended his actions and rubbished claims that he acted at the behest of the Centre, reports NDTV.

Two opposing factions had both laid claim to government formation, one led by People’s Democratic Party (PDP) leader Mehbooba Mufti, and another by People’s Conference (PC) leader Sajad Lone, who was backed by the BJP.

Speaking at a convocation at an engineering college in Gwalior, Malik explained that if he was taking directions from Delhi, then he would have invited Lone to form the government. "Then I would have gone down in history as unscrupulous. But I ended the whole thing. Those who want to abuse me can do so, but I am convinced I did the right thing," he stated.

On 21 November, Mufti had tweeted to stake her claim, declaring that she had support from the National Conference (NC) and the Congress. Moments afterwards, Lone also tweeted that he had the numbers with the support of the BJP and other unidentified lawmakers.

Both the leaders were, however, unable to reach the Governor’s office by fax, and thus took to Twitter to stake their respective claims. Lone had also WhatsApped a letter with his claim to office.

NDTV journalist Ravish Kumar had made a joke at Malik’s expense at the convocation, by asking the students to build a fax machine which would work beyond 7 pm. Malik replied, "If Mehbooba Mufti and National Conference leader Omar Abdullah were serious about forming the government in Jammu and Kashmir, they should have called me, or sent me a letter."