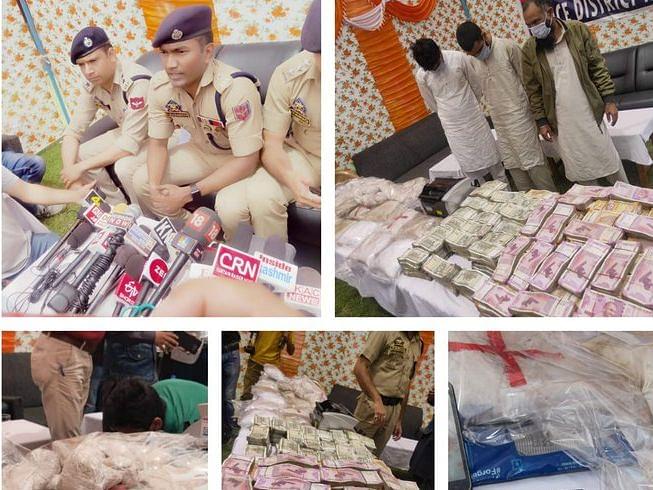 Jammu and Kashmir Police on Thursday (11 June) busted a Pakistan sponsored Narcotic-Terror module of Lashkar-e-Toiba (LeT) by Pakistan in Handwara district and arrested three terror associates of the group.

According to a police spokesperson quoted in this report by Greater Kashmir, some other who were with the arrested men have absconded and search is on to catch them.

The spokesperson also said that the module had been in close connection with some handlers in Pakistan and was supplying drugs in various parts of India, while also providing financial aid to LeT.

“The module was working for LeT outfit to strengthen their activities in the valley and were misguiding and motivating the local youth of the Valley to join militant ranks,” he said.

As per the report, a case has been filed under various sections at the Handwara Police Station.