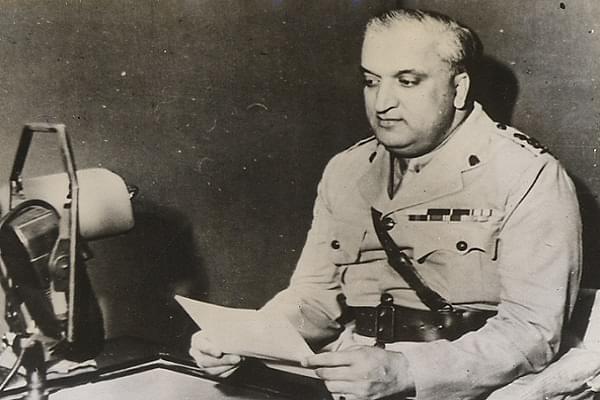 The last king of Kashmir Hari Singh (Pic Via Wikipedia)

The Jammu Municipal Corporation (JMC) has passed a resolution to declare the birth anniversary of Dogra Monarch Maharaja Hari Singh on 23 September as state holiday, reports The Hindu.

According to the report, the development comes just days after the state of Jammu and Kashmir paid tributes to the people killed during the Maharaja’s rule in 1931 in Valley.

The resolution to declare Singh’s birthday as state holiday was move by Jammu-based Bharatiya Janata Party corporator Narotam Sharma on Thursday (18 July) and was passed without any opposition from the Congress or independent members in the general house meeting. The BJP has 43 members out of the 75 corporators in the JMC.

“The sentiments of people of Jammu are associated with Maharaja Hari Singh and the Governor must declare (a State) holiday on his birth anniversary,” Sharma was quoted in the report as saying.

After passage of the resolution, it has been sent to the Governor Satya Pal Malik for his consent.

The move comes days after the state observed a holiday and paid tributes to the 22 “martyrs” who were killed in Srinagar on 13 July 1931 by Maharaja’s forces.