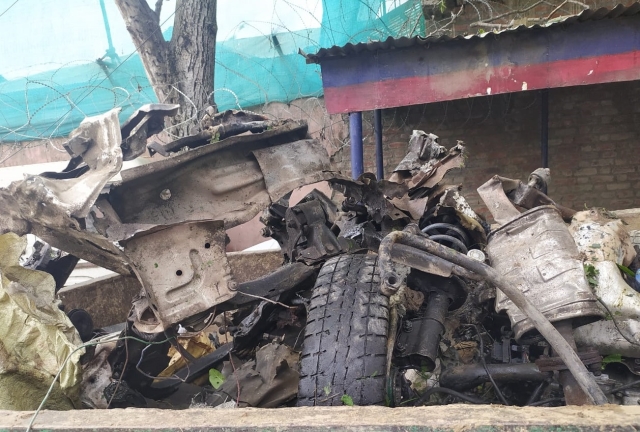 The security forces on Thursday (28 May) averted a possible Pulwama-like car-bomb attack after they neutralised over 20 kg of Improvised Explosive Device (IED) recovered from a vehicle in Jammu and Kashmir’s (J&K) Pulwama district.

According to officials quoted in an NDTV report, today morning a white Hyundai Santro care with fake registration was asked to stop at a check-post. The car tried to speed-up and pass through the barricades, the report added.

"The security forces opened fire. The driver managed to escape, leaving behind the car laden with IED," Inspector General of Police Vijay Kumar was quoted as saying in the report.

"We got intelligence about a possible attack. We were looking for a vehicle with IED since yesterday," he added.

According to news agency ANI, Pulwama police received credible information last night that a terrorist was moving with an explosive-laden car. “They took out various parties of police & security forces (SFs) and covered all possible routes keeping themselves and security forces away from road at safer location,” ANI tweeted.

The suspected vehicle came and a few rounds of bullets were fired towards it. Going a little further the vehicle was abandoned and the driver escaped in the darkness. On closer look, the vehicle was seen to be carrying heavy explosives in a drum on the rear seat. https://t.co/HbsT6hYE1u

The car carrying heavy amount of explosives was later destroyed by the J&K police and a bomb disposal squad of the Indian Army. According to Kumar, it was a joint operation by the army, police and paramilitary forces.

In a similar-fashioned suicide attack in February 2019, at least 45 Central Reserved Police Force (CRPF) jawans were martyred when a car carrying IED rammed into their convoy in Pulwama.