Justice Karnan May Have Fled India, Police Unable To Find Him 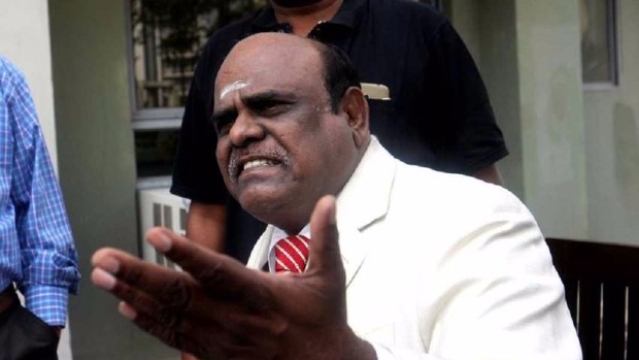 The ongoing tussle between Justice C S Karnan and the Supreme Court of India has taken a new turn. Hours before the apex court sentenced Justice Karnan to a six-month jail term, a first for a sitting judge, he was reported to have taken a flight from Kolkata to Chennai, where he was checked into a state guest house. He then checked out, reportedly without paying his bills, to visit the Srikalahasti temple in neighbouring Andhra Pradesh.

Police from West Bengal and Tamil Nadu have been unable to find him, with reports suggesting that he may have fled to Bangladesh, Nepal or Singapore.

W Peter Ramesh Kumar, an advocate at Madras High Court told Hindustan Times that they wanted the President to refer the case to the International Court of Justice, just as was done in the case of Kulbhushan Jadhav. His legal team has also said that he was in hiding so that they could prepare for the next level of the legal battle between him and the Supreme Court.

This comes barely two weeks after Karnan himself banned the travel of Supreme Court judges. In the last week of April, he had directed the Air Control Authority in New Delhi to not allow apex court judges to fly abroad as their crime was caste-related under the SC/ST Atrocities Act and that if they were allowed to go overseas, “they may spread the virus of caste discrimination abroad”.