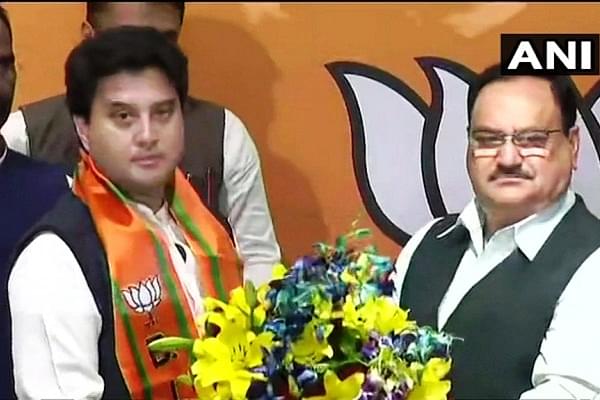 Scindia was inducted in the BJP by party president J P Nadda in presence of other senior leaders like Dharmendra Pradhan and Baijayant Panda. Nadda welcomed him into the party by presenting him a bouquet.

Scindia a former union minister was one of the most high-profile figures in the Congress who was reportedly unhappy at being sidelined by the party.

“Today is a very happy day for us. I today pay homage to Rajmata Vijayaraje Scindia who played a key role in establishing the Jan Sangh (BJP’s precursor). She worked day in day out to establish the party and its ideology. Today it gives me great happiness to induct her grandson in our party”, Nadda was quoted as saying.

“This is a very democratic party where every individual has his say”, added Nadda.

He added that there have been two life altering events in his life. The first happened when his father Madhavrao Scindia passed away on 30 September 2001 and the second happened yesterday (10 March) when he decided to choose a new path in his life.

During his speech he also attacked the Congress for being a shell of its earlier self and failing to fulfil promises like farm loan waiver in Madhya Pradesh.