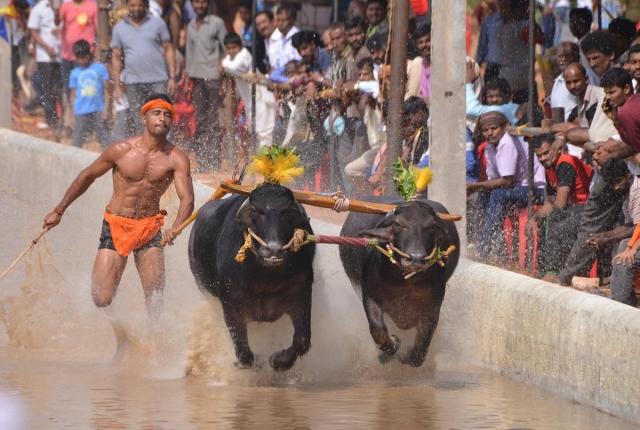 The coastal region of Karnataka is gearing up for ‘Kambala’ (annual buffalo race) beginning this weekend on Saturday, 24 November, The Hindu has reported.

Kambala is popular in Dakshina Kannada and Udupi districts of Karnataka. The state government issued a notification in February this year stating that the Governor had given the approval for Prevention of Cruelty to Animals (Karnataka Second Amendment) Act 2017.

Dr Shivaram Karanth Pilikula Nisargadhama had stopped Kambala for the past four years. The break was strengthened by a ban that the Karnataka High Court imposed in 2016. The ban was a result of Public Interest Litigation (PIL) filed by People for the Ethical Treatment of Animals (PETA).

Despite the outcry from the community in the coast, PETA has gone on to raise questions on the constitutional validity of the new laws in the apex court. In September this year, it sought the court’s direction to strike it down.