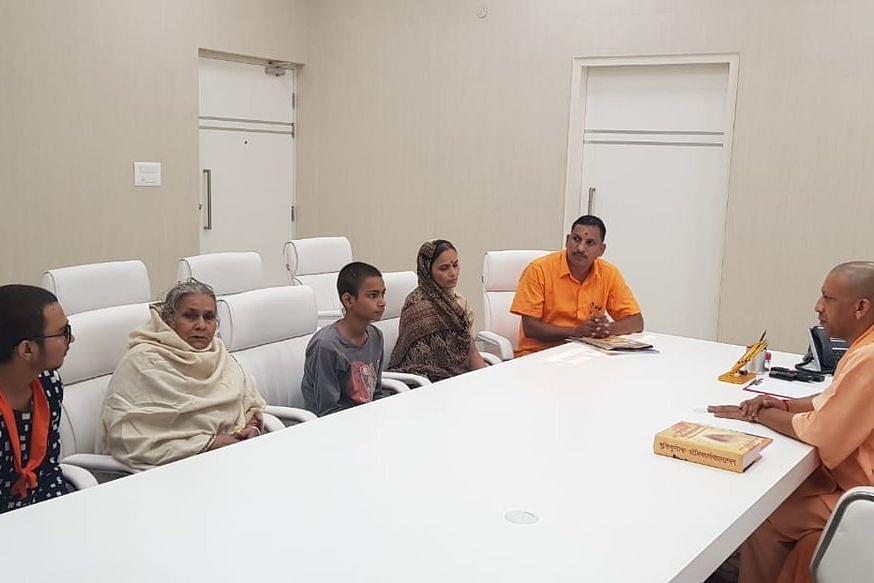 UP chief minister Yogi Adityanath has announced a compensation of Rs 15 lakh for the family of slain Hindu leader Kamlesh Tiwari.

The chief minister also announced a house in Mehmoodabad tehsil in Sitapur district for the family.

In a statement issued here on Wednesday (23 October), the chief minister has said that the trial of Kamlesh Tiwari's assailants should be done in fast track courts and charges should also be framed against those involved in the conspiracy of the murder.

Kamlesh Tiwari, head of the Hindu Samaj Party, was killed in his office in Lucknow on 18 October.

Both the assailants, Moinuddin and Ashfaq, have been arrested in Gujarat and half a dozen persons have been detained for their involvement in the crime.