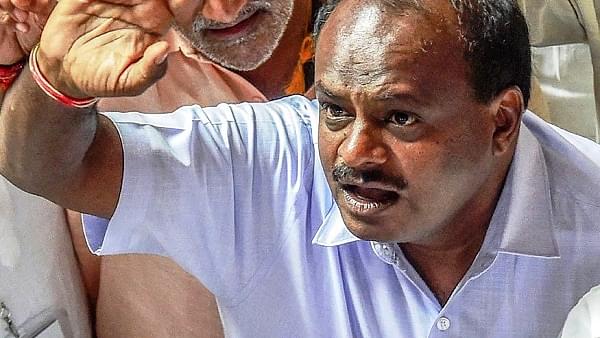 Ever since the coalition government of the Congress-JD(S) was formed in Karnataka, there has been outspoken dissidence within the party leaders. In the latest turn of events, about eight ministers were newly inducted into the Cabinet a few days ago without being allotted any ministries.

As per reports, after consulting Congress president Rahul Gandhi, Karnataka in-charge K C Venugopal announced the ministries that have been allotted to the ministers. In the last two days, there had reportedly been heated arguments between DyCM Dr Parameshwara and former chief minister Siddaramaiah, as the former denied any intentions of giving up Bengaluru Development and Home portfolios.

Here’s the entire list of ministers and their portfolios as shared by Karnataka Pradesh Congress Committee president Dinesh Gundurao.

The portfolios of the newly appointed ministers nave been announced by @kcvenugopalmp on the approval of Sri @RahulGandhi.
Congratulations to all the new ministers and hope they will perform well in discharging their duties. pic.twitter.com/chaTY0vz2F

M B Patil, known to be a close-aide of Siddaramaiah has now been given charge of the Home Department. Congress strongman D K Shivakumar who had been adamant on holding onto the Medical Education portfolio has now lost it to E Tukaram.