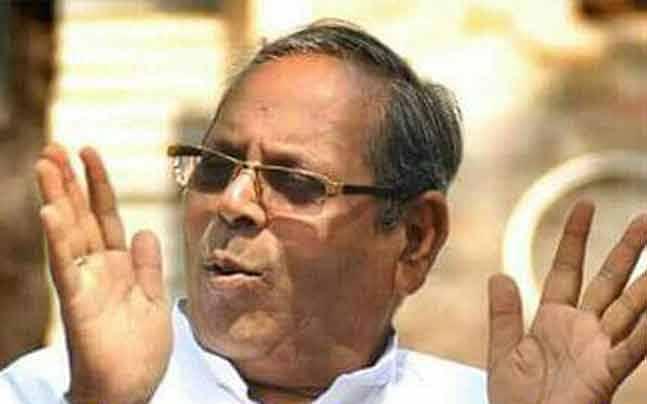 Karnataka Excise Minister H.Y. Meti resigned on Wednesday after a sleaze tape showing him having an affair with a woman surfaced and local news channels began airing it. Meti, however, has denied the allegations.

I am resigning so that the Government doesn't face any problem. Have done nothing wrong, let the enquiry commence: HY Meti on sex tape issue pic.twitter.com/A3NZUKRMq5

The 70-year-old "Meti called on Chief Minister Siddaramaiah at the latter's official residence here and submitted his resignation letter. It will be sent to the Governor soon for acceptance," an official from the Chief Minister's Office told IANS.

A woman, claiming to be the victim, told a TV channel on Sunday that the minsiter had sought sexual favours in request for a transfer in the department but said she was not the woman in the CD. However, Basavaraj Sarur, husband of the alleged victim, contradicted her statement, saying the woman in the CD was his wife.

Excise Minister Shri HY Meti has resigned. I have recommended to Honble Governor to accept the resignation. I have also ordered a probe.

According to OneIndia, the tape was made public by RTI Activist Rajashekhar on Wednesday. During the Belagavi assembly session that concluded recently, Meti is said to have assured the CM that no such tape existed.