Karnataka Govt To Bring In Law To Curb Love Jihad In The Next Assembly Session, Says CM BS Yediyurappa 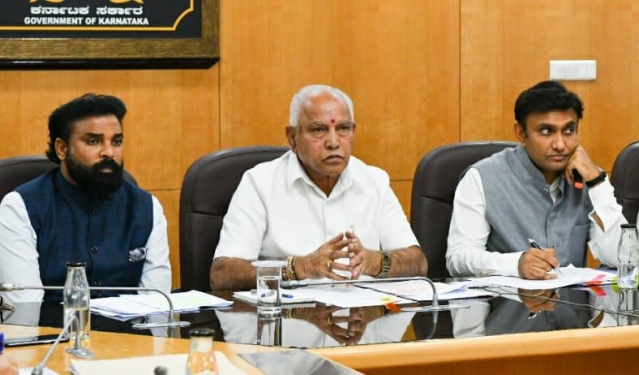 In line with the Chief Minister (CM) Yogi Adityanath led Uttar Pradesh (UP) Government, Karnataka shall also soon have a law to crack down on 'Love-Jihad' as CM BS Yediyurappa said yesterday (7 December) that his Government will bring in a law in the next Assembly Session, reports Economic Times.

UP had meanwhile taken an ordinance route to bring in a law against Love Jihad. The UP Prohibition of Unlawful Conversion of Religion Ordinance 2020 received the Governor Anandiben Patel's nod recently and has now come into full force.

Several Bharatiya Janata Party (BJP) Governments in the nation have jumped into action to curb the issues relating to Love Jihad since the broad day-light murder of a 21-years-old college student, who was shot point-blank outside her college by Muslim youth and his friend in Haryana's Ballabhgarh in bygone October.