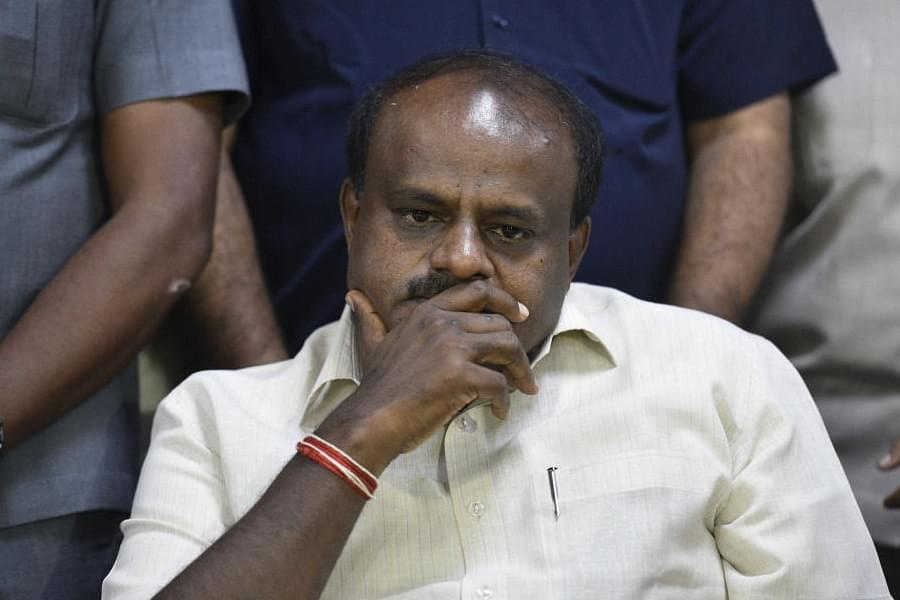 The JD(S)-Congress government in Karnataka collapsed on Tuesday (23 July) following the trust vote proceedings after failing to prove majority in the state assembly.

After counting the votes, the speaker confirmed that the coalition is in minority. A total of 99 MLAs supported the incumbent government and 105 MLAs voted against it.

Already unstable since its inception, the coalition was hit by a string of defections ever since the state voted for the BJP in the Lok Sabha elections.

This trust vote was a culmination of a long-drawn out drama in the state assembly which saw a four day long discussion over the trust vote spearheaded by the Congress-JD(S) MLAs.

The high-pitched 2018 state elections in Karnataka had delivered a fractured verdict with the BJP emerging as the largest party with 105 seats.

The JD(S) and Congress, in a bid to stay in power had formed an alliance despite vociferously fighting the polls against each other. The unpopular coalition had been called out by citizens and leaders repeatedly but had managed to stay in power for just over an year under Kumaraswamy.