Karnataka HC Orders Potholes To Be Filled In A Day; BBMP Says Impossible 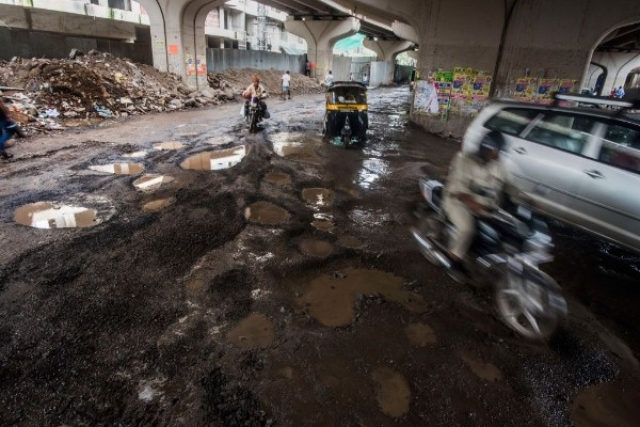 The High Court of Karnataka recently ensured a big victory for the citizens by freeing the city of the illegal hoardings. Now, the court has directed Bruhat Bengaluru Mahanagara Palike (BBMP) to make sure that all the potholes are filled in Bengaluru by tomorrow (21 September).

A division bench comprising Justices Dinesh Maheshwari and SG Pandit have set the deadline for the body. After hearing a Public Interest Litigation (PIL), the court took the step to ensure that motorists are safe while travelling across the city. Roads in Bengaluru have been in bad condition for quite a while now. Despite citizen protests and media pressure, the government couldn’t seem to care less.

The High Court was quoted as saying, “BBMP should ensure that there should not be a single pothole by working overnight.” The New Indian Express reported the division bench saying that the pathetic condition of roads are posing a serious threat to the lives of people in Bengaluru.

The New Indian Express quoted an official of the BBMP saying, “There are many reasons — Bengaluru roads are busy most of the time in the day, which means we get time only during night. The bitumin mixture, which has to be filled, has to be heated up for a minimum eight hours, only then it will be able to stick to the base, otherwise it will come out. It has to undergo many processes to get filled. We need minimum one week to fill potholes, provided there is no rain.”

BBMP has informed that there are as many as 1,655 potholes across the city.