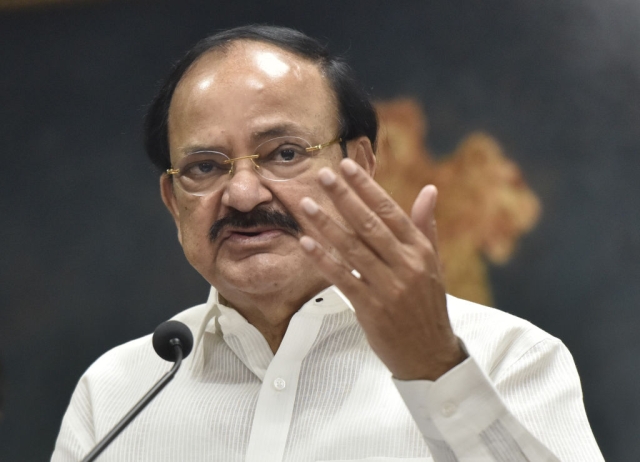 Vice President M Venkaiah Naidu on 26 November (Monday) will be laying the foundation stone for the Dera Baba Nanak-Kartarpur Sahib road corridor that extends up to the international border. The ceremony will take place in Punjab’s Gurdaspur district.

In order to commemorate the 550th birth anniversary of Guru Nanak Dev in 2019, the Union Cabinet had approved the development of the corridor on Thursday (22 November).

To witness first-hand the ceremony, Union Transport Minister Nitin Gadkari, Minister of Food Processing Harsimrat Kaur Badal, Chief Minister of Punjab Amarinder Singh will be present. To ease the process of Sikhs visiting the shrine, Government of India and Pakistan had mutually agreed to build corridors that can allow the pilgrims to travel without visa to offer prayers.

Pakistan has received the acceptance of invitations as a sign of goodwill gesture. On Wednesday (28 November), Ministers Harsimrat Kaur Badal and Hardeep Puri will be travelling to the other side of the border to be present during the groundbreaking ceremony of the corridor in Pakistan, All India Radio News reported.

The National Highways Authority of India is given the responsibility to develop the corridor which includes a four-lane with service road and other relevant amenities.