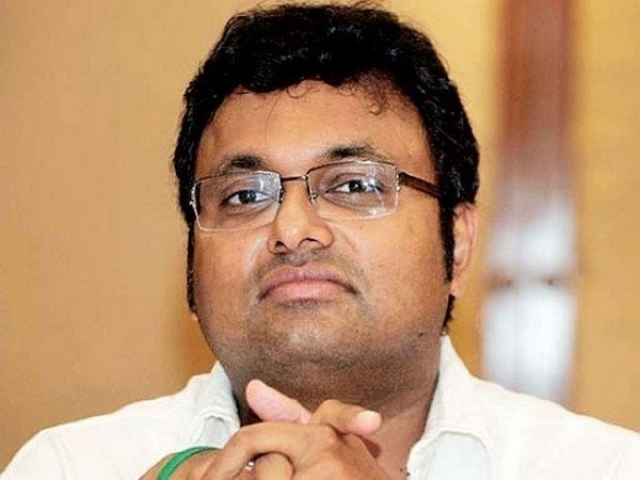 The Enforcement Directorate (ED) said that Karti Chidambaram, son of Congress leader and former finance minister P Chidambaram had bought a tennis club in Spain,two cottages in United Kingdom, and several properties in India and abroad from the scam funds in INX Media case.

The properties worth Rs 54 crore were purchased using the bribe-funds received by Karti in the INX Media case, the attachment order passed by the ED in October 2018 states, reports Times of India.

P Chidambaram is also an accused in the Aircel-Marxis case along with the INX Media case. The father-son duo has been chargesheeted and their properties have been attached, including his residence Jor Bagh bungalow in New Delhi.

Karti’s fixed deposits worth Rs 9.2 crore in Indian Overseas Bank, Nungambakkam branch in Chennai, have been seized, along with Rs 90 lakh fixed deposit with Advantage Strategic Consulting Pvt Ltd (ASCPL), linked to him, with DCB Bank in Chennai.

The ED investigation revealed that Peter Mukerjea, on direction of Karti, had manipulated debit notes and transferred Rs 3.09 crore to ASCPL. The debit notes wee raised to show some transactions which did not occur in reality. THe probe further revealed that the money received by associated entities was channelled back to ASCPL.

The statements of Peter Mukerjea and wife Indrani Mukherjea played a crucial role in the case.

Indrani had told ED that the minister had promised FIPB approval to their company in return of them helping his son Karti’s business and making possible overseas remittances for him.

The duo met Karti Chidambaram who asked them to transfer $1 million in his or his associates’ overseas bank account. Indrani said that when Peter told Karti that this was not possible, latter suggested ‘Chess Management’ and ‘Advantage Strategic’ as alternatives to make payments.

ED said that the funds received by ASCPL were invested, and the company also purchased shares of Vasan Health Care, a part of which was sold for a profit of nearly Rs 41 crore.