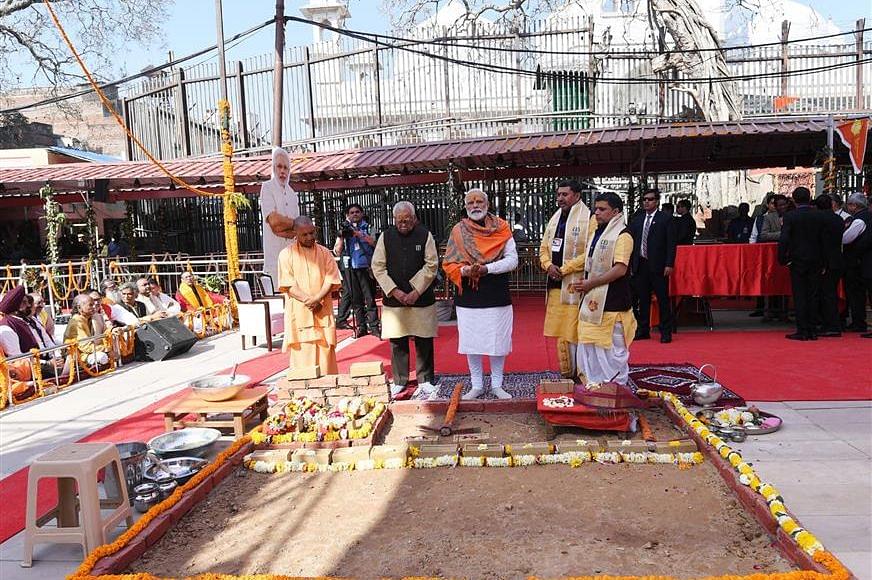 Prime Minister (PM) Narendra Modi's flagship project to restore the glory of Kashi Vishwanath temple and redevelop its surroundings is going on in full swing.

With the detailed project report (DPR) of the much-talked-about project having been approved, the concerned authorities are now set to issue a global tender for the construction work of the corridor on the pious day of Dhanteras, reports Financial Express.

“On Dhanteras, PWD (Public Works Department) will be floating a global tender online. Global organisations eligible for the work can bid for this. Since the cost of the project is over Rs 100 crore, minimum of 30 days time will be given for global organisations to bid,” said Vishal Singh, chief executive officer of Kashi Vishwanath Corridor project.

Kashi Vishwanath temple is a major site of pilgrimage, attracting tens of lakhs of pilgrims to the city of Varanasi each year. It is one of the 12 jyotirlingas and one of the seven puris, thus having much significance for the devotees.

However, the temple in its present-day is surrounded by a cobweb of narrow lanes and complicated real estate which have diminished the temple's and the city's capacity to facilitate the movement and activities of such a large influx of pilgrims around the temple.