Kashmir: Sikh Girl Says She Was Forced To Convert To Islam, College Dismisses It As A ‘Joke’ By Classmates 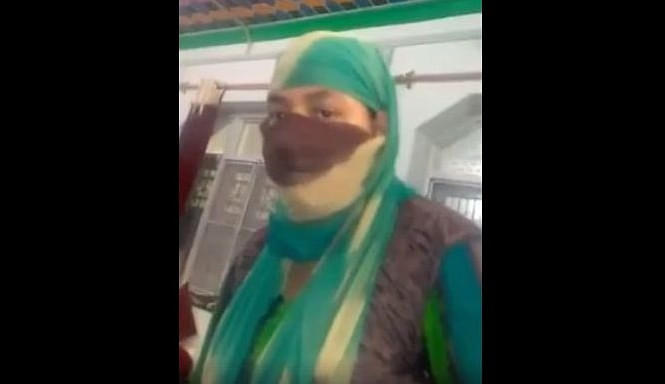 Last week, a Sikh girl studying at Kashmir’s Islamic University of Science and Technology was stabbed by two bike-borne masked men at the Tral bus stand. The girl had told the police that she was being forced to convert to Islam by her Muslim classmates, and the attack was linked to it.

A week after the stabbing, which caused the girl minor injuries, the police have not arrested anyone. A case has been registered against unknown assailants.

Meanwhile, the girl had also complained to the Vice Chancellor of the university about the attempts of forced conversion. The college subsequently ordered an internal probe.

As per a report by The Tribune, the internal probe has concluded that classmates were “joking”.

Vice Chancellor Mushtaq A Siddiqi told the newspaper, “Once the issue was brought into my notice, I immediately ordered an internal probe. The family was not ready to file an FIR. The probe committee, however, found that her classmates had told the girl in a lighter vein to cover her head. It was not beyond that.”

The girl, on the other hand, had told the police that a group of students, including a woman, were forcing her to offer prayers during Ramzan and also mentally torturing her for the past one month to “convert”, as per The Tribune.

The girl is a student of electrical engineering second semester and is a resident of Gandhpora in Kashmir’s Tral. In a video statement to the media that has since gone viral, the girl can be heard narrating the ordeal.

Ever since the girl made the sensational allegations, the Kashmir media has downplayed the incident while Sikh organisations and political parties like Shiromani Akali Dal (SAD) and the Bharatiya Janata Party (BJP) have been staging protests and demanding action in the matter.