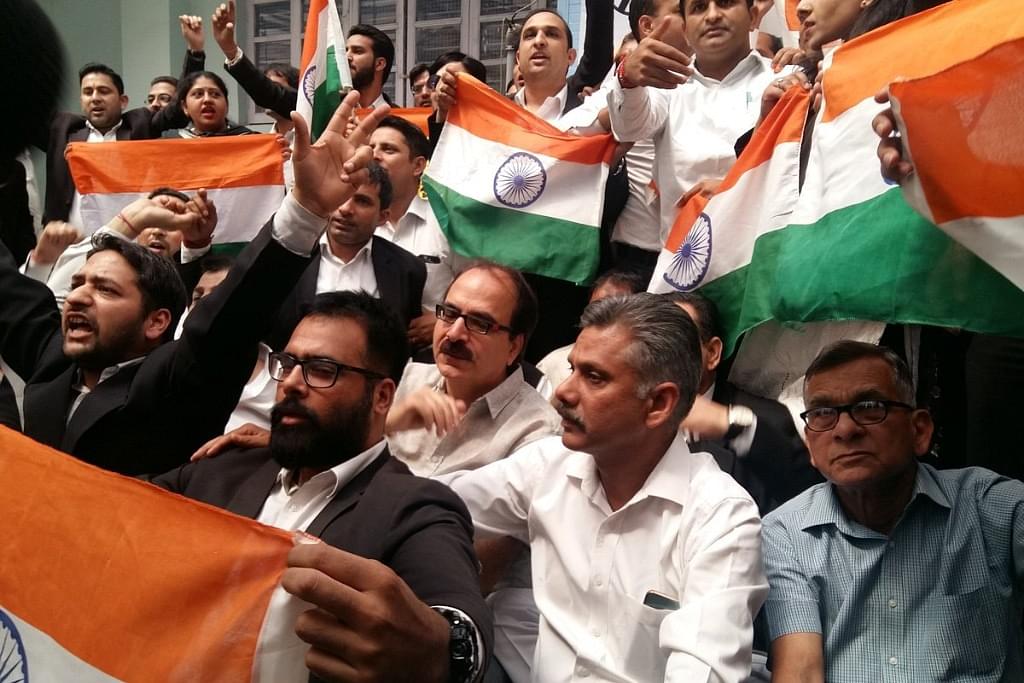 Coming as a shot in the arm for Jammu lawyers protesting against an allegedly unfair investigation by the Jammu and Kashmir (J&K) police into the Kathua incident, the Bar Council of India has backed the lawyers’ demand for the matter to be handed over to the CBI, NDTV has reported.

The pan-India Bar Council has communicated the same to the Supreme Court (SC) in a report prepared by a probe team it sent to J&K. The team was led by a retired High Court judge and has given the Jammu lawyers a clean chit over their alleged misbehaviour.

National media, however, had portrayed the Jammu lawyers demand for an impartial CBI probe as their support for the accused after which they faced unfair nationwide condemnation.

The lawyers protest though, invoked a groundswell of local support in Jammu with locals questioning the credentials of the police team constituted by the J&K government to probe the case. Irfan Wani, a member of the police team probing the case had earlier faced charges of rape of a Hindu girl and custodial death of her brother in 2007.

The J&K Bar Council meanwhile also denied all allegations of having obstructed Deepika Rajawat, the lawyer representing the victim’s family, from taking up the case. In its affidavit to the SC, the association has stated about the allegations that "It is totally false and baseless and the same is vehemently/specifically denied."

The association also stated in its affidavit that state government backed efforts were being made to create a Kashmir like situation in Jammu to effect a demographic change in the region. It has claimed that the government is settling illegal Rohingya immigrants near sensitive locations like army camps, railway stations, airport and other places of strategic importance.

Must Read: (Kathua Ground Report) Why Villagers Are Not Convinced On Fairness Of Probe