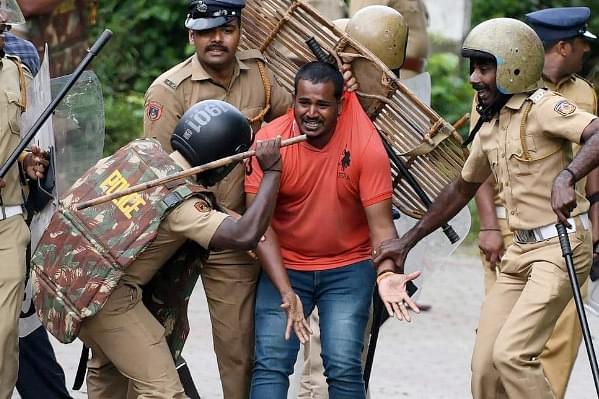 The Kerala High Court while disposing of the plea requesting a ban on non-Hindu from entering Sabarimala, expressed its discontent over the police excesses at the temple, reports Times of India.

A video of the same was widely shared on Social Media.

However, the plea to ban non-Hindus was set aside by the court saying that such a move would destroy the communal harmony. The bench of Justice P R Ramachandran and Devan Ramachandran observed that Sabarimala is a religious centre where all religions could visit, and devotees go to the Vavar mosque as part of Sabarimala pilgrimage.

The government had reported having informed the court that adequate security would be provided with the ‘true devotee’.