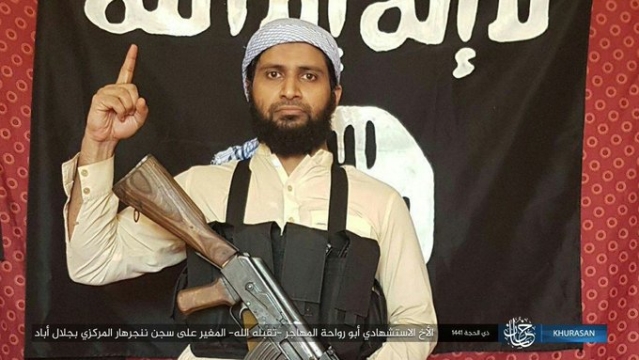 Afghan intelligence sources have confirmed that at least 3 of the 11 suicide bombers behind the Jalalabad jail attack were Indian with one of them identified as Ijas Kallukettiya Purayil from Kasargod, in Kerala.

On Sunday night, terrorists belonging to terror outfit Islamic State launched an assault on a prison complex in Jalalabad, the capital of Nangarhar province located in eastern Afghanistan, in an attempt to free hundred of prisoners including many from the Islamic State and the Taliban.

The ensuing gun-battle with Afghani security forices ended on Monday after a 20-hour gun battle, leaving 29 people dead.Another 50 people were wounded in the attack.

A suicide bomber is said to have detonated his explosives-packed vehicle at the entrance after which the IS terrorists gained to the prison complex some 115 kilometres east of Kabul.

About 1,000 prisoners who had tried to escape had been recaptured, and that another 400 — stuck inside the jail during the shootout — had been rescued. The prison was estimated to be housing 1,800 inmates included ISIS loyalists, Talibanis and other criminals.

Ijas Kallukettiya Purayil is known to be among the 22 Malayalis who had flown out of India to join Islamic State in 2016. They departed from Bengaluru, Hyderabad or Mumbai airports for Kuwait, Dubai, Muscat or Abu Dhabi from where they travelled to Afghanistan through Iran.

Yasmin Mohammed Zahid, an Islamic State sympathizer from Kerala, who was arrested at Delhi's Indira Gandhi International Airport while trying to exit India for Afghanistan on Aug. 1, 2016, informed NIA investigators that thirteen of the missing Keralites were men, six women and three children who had left their houses in Kasaragod and Palakkad districts of Kerala between mid-May and the first week of July.

Yasmin, who was married to Abdul Rashid in a nikah ceremony solemnized over the phone, was heading to join him in Afghanisation. Rashid is one of the accused who left India along with other Keralites.

The NIA investigators had also that that the sister of Ijas informed them that her brother and his wife Refaela were blessed with a baby girl on September 6.

In March this year, 21-year old Muhammad Muhsin, an engineering dropout from Thrikkarippur in Kerala’s Kasargod district, was among a group of Islamic State (IS) bombers who attacked a gurdwara in Kabul, which claimed the lives of 27 members of the city’s tiny Sikh community.