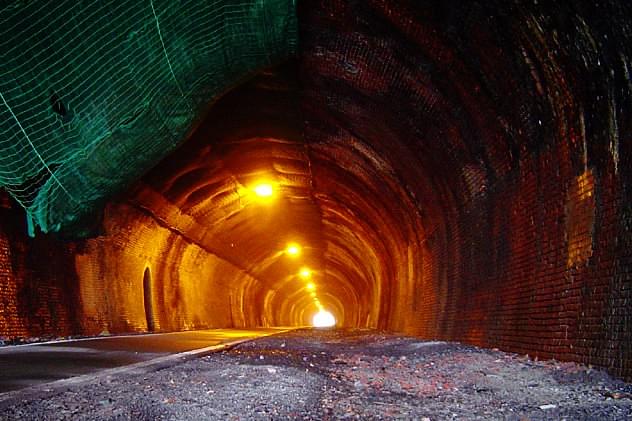 The proposed single railway line is expected to be sufficient for the movement of nine to ren rakes every day via the corridor for the next two decades. (representative picture) (ChrisO via Wikimedia Commons)

Upon completion, the tunnel mooted by the Konkan Railway Corporation Ltd (KRCL), will start nearby the Balarampuram station on the Kanyakumari-Thiruvananthapuram railway line, and the Balaramapuram-Vizhinjam line will see at least 6.57 hectares of land acquired.

A draft Detailed Project Report (DPR) submitted by the KRCL to the Vizhinjam International Seaport Limited (VISL), a special purpose company created to supervise the execution of the seaport project. Former has favoured the railway tunnel from the Balaramapuram station taking into account the 35-meter level difference between the port and highest ground level, local population and undulating terrain.

The KRCL believes that the proposed single line railway project would be sufficient for the movement of nine to ren rakes every day for the next two decades. The total cost of rail connectivity, including the acquisition of the lands, is estimated at Rs 1,069 crore.

Official sources said that the government would be setting up a high-level committee to look into KRCL’s DPR, and the fine-tuning of the alignment will start after the evaluation.

The railway ministry had to bring in the tunnel construction experts KRCL after the Rail Vikas Nigam Limited (RVNL) backed out of the seaport connectivity project. According to plans, the railway link will be established by May 2022.

Further, a committee of Department of Ports Officials from VISL and Railways are working on procedures to develop the Balarampuram Railway Station as part of the linking to the seaport.