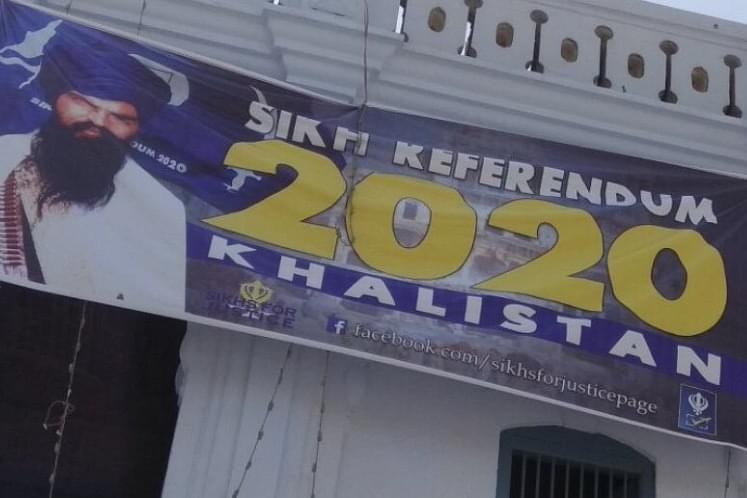 Alarmed by seeing the clampdown against the online secessionist propaganda spread by US-based advocacy group Sikhs for Justice (SFJ), they have gone on record warning legal action if Union Minister for Home Affairs Rajnath Singh, and Chief Minister of Punjab Amarinder Singh visits any country in the future.

Government of India, yesterday, had blocked the Twitter handle of a legal adviser to SFJ, Gurpatwant Singh Pannun, including his Facebook pages, aimed at blocking anti-India propaganda. The accounts can however, be accessed from a non-Indian IP address. Soon after this move, a meeting took place between the CM of Punjab and the Union Home Minister, where they discussed the necessary efforts to be made to nip any resurgence of Khalistan in the bud.

Pannun, through multiple channels has been creating hassles for the government, and has allegedly told that the government has ‘threatened’ any WhatsApp groups that speaks of Khalistan with criminal charges. Following this rant, he hurled insults at the national flag.

This move of Pannun to block both the Indian leaders trails right after Paramjit Singh Pamma, who is a wanted criminal in Rashtriya Sikh Sangat chief Ruda Singh’s murder, issued a threat to Capt Amarinder Singh. He reminded the latter of August 31, 1995 (When Dilawar Singh assassinated former Punjab CM Beant Singh), according to The Tribune.

SFJ also organised a declaration in London, calling for a pro-Khalistan referendum in 2020, where Pamma had actively taken part.

Due to the legal roadblocks created by the forces, it has become increasingly difficult for Indian Sikh leaders to visit the US and Canada. More often than not, the leaders aren’t equipped with diplomatic immunity, and are assaulted where they do go.