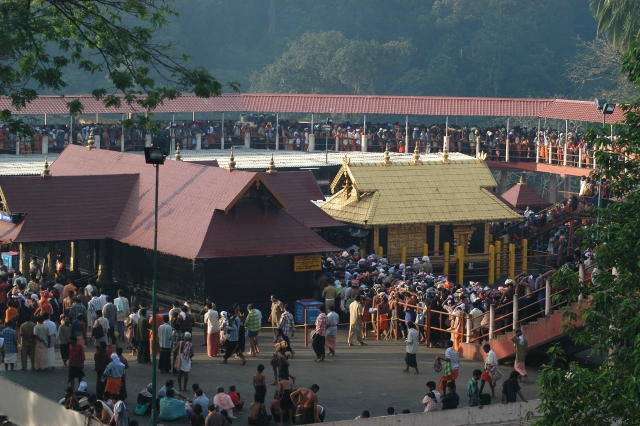 The Kerala Human Rights Commission (KHRC) has taken a strict view of the dismal state of facilities provided to devotees at the Sabarimala temple, calling it a ‘gross violation’ of their human rights. The commission has directed the Travancore Devaswom Board Commissioner and the DGP to take urgent action to remedy the situation.

The officials have been told to submit a report within two weeks, Manorama reported commissioner member P Mohandas as saying. All basic amenities were being denied to devotees, as per the Commission. It came down heavily on the state of sanitation at the shrine, stating, “The toilet facilities are so poor that human faeces is now flowing in Pamba river, making it more filthy, causing severe health hazard to the devotees and others.”

The commission also criticised the officials of local panchayat at Chengannur, Nilakkal and TDB for turning a 'blind eye' to these 'naked violations' of human rights.

The famous temple shrine had opened on Friday for the beginning of the annual 2-month pilgrimage season, even as the deadlock over the entry of women of child-bearing age continues.