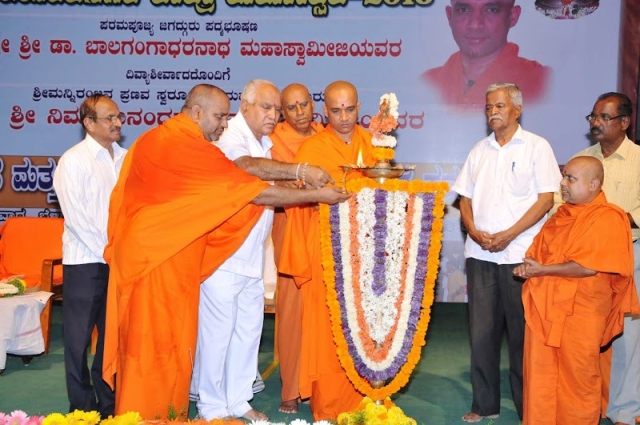 Less than a week ago, Karnataka Chief Minister H D Kumaraswamy estimated that there might be a loss of over Rs 3000 crore due to the ravaging effects of Kodagu floods in the state. Donations are being received from every nook and corner of the state’s machinery to raise money that will be helpful for rehabilitation efforts in the region.

By investing unique efforts in raising donations for the cause, the Adichunchanagiri Mutt spearheaded by its seer Dr Nirmalananda Swamiji undertook a padyatra across various parts of Bengaluru, stretching out their hands to political leaders, professionals and common citizens urging them to contribute to the rebuilding efforts in Kodagu.

The padyatra has seen the participation of religious leaders from across all communities. Several moulvis, parsis and seers from other mutts, and vokkaliga organisations have joined hands together to contribute to the cause. Titled “Kodagige Namma Kodagu”, which roughly translates into “Our Contribution to Kodagu”, the drive has seen donations flowing in from MLAs of Govindarajanagara, Malleshwara, Mahalakshmipura and Vijayanagara constituencies as of today, and more donations are being received. A team named “Nammavaru” has also raised almost one crore rupees.